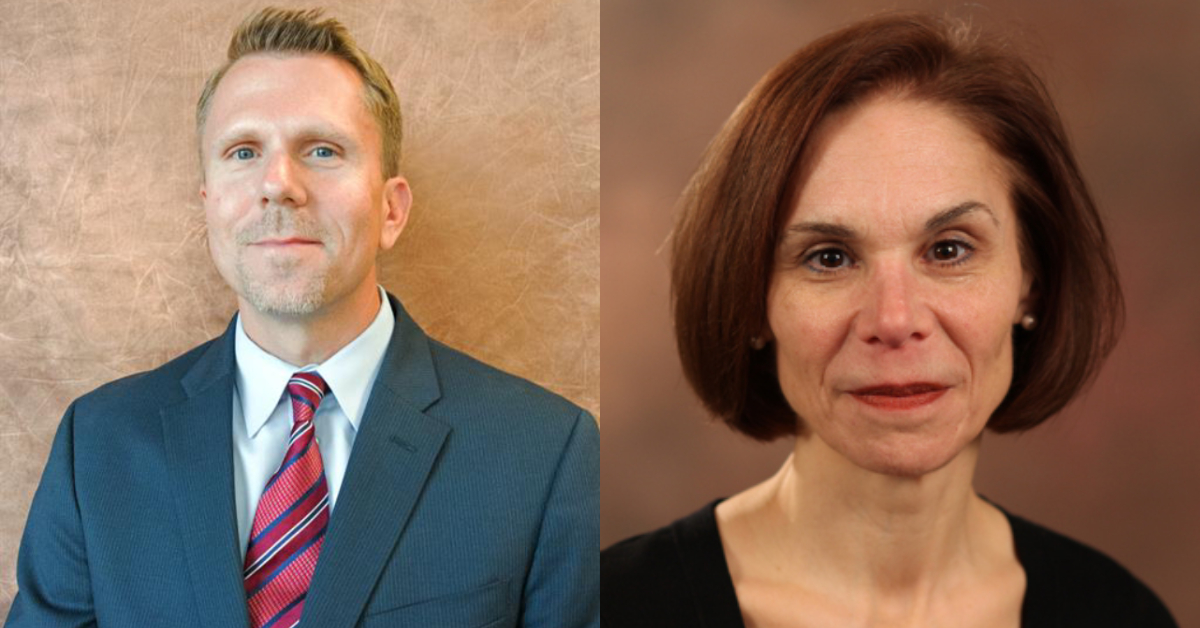 Organizations that generate distinction have an outstanding team at their helm. Legacy Foundation, Lake County’s community foundation and leader in philanthropy, is no exception. Recently, the nonprofit organization acquired two new board members: Ellen Szarleta, Director of the Center for Urban and Regional Excellence at Indiana University Northwest, and Phil Taillon, Chief of Staff for the City of Hammond.

Both Szarleta and Taillon play active roles in the Region’s current and ongoing developmental progress. Joining forces with an agency that strives to support and fund Region development was a natural decision for each party. Erica Fizer, Director of Marketing and Communications for Legacy Foundation, explained Legacy Foundation’s potential board members are proposed to the entire current board of directors and are elected by a majority vote. Board members serve in a volunteer capacity.

“In their role, board members support Legacy Foundation in fulfilling its mission, including providing financial oversight of the foundation’s $60 million in assets, assuring legal and ethical integrity, programming and organizational planning, and supporting the foundation’s events and community presence,” Fizer said.

Szarleta has a history with Legacy Foundation dating to 2012, leading the board to approach her first.

“I was honored that they would consider me as a candidate for board membership,” she said.

Her early work with the foundation included designing a community of practice for nonprofit directors, participating in workshops delivered by Legacy Foundation, including Neighborhood Spotlight and On-the-Table, and helping to coordinate a community partner application for the Neighborhood Spotlight Initiative. Szarleta has also worked with organizations that have received support from Legacy Foundation, such as the South Shore Dance Alliance.

Taillon didn’t have any first-hand experience with Legacy Foundation when he pursued membership on the board, but the nonprofit’s positive reputation appealed to him.

“I had heard about a lot of projects that Legacy had been involved with that were very positive for Northwest Indiana. I was always interested in learning more and wanted to get more involved to see if there were opportunities for Hammond that we haven’t been focusing on,” Taillon said. “Plus, I knew there were other NWI leaders that served as board members who I respect very much, and that was something that always stood out to me. When I heard of a chance to potentially become a board member, I jumped at it!”

In addition to serving on the board, Szarleta and Taillon will also serve on a committee of their choosing.

“I have chosen to serve on the Development Committee,” Szarleta said “The work of this committee aligns closely with my work as a community engagement director, and I hope to share my knowledge and experience to further advance the Foundation's goals.”

Taillon joined the finance committee because of his background in banking, but he said he looks forward to attending other committee meetings to see if there are other opportunities in which he can get involved. His passion for the City of Hammond propels his broad interest.

“Although I will, of course, focus on opportunities for all of Northwest Indiana, I really want to see how Hammond can benefit from the opportunities that the Legacy Foundation offers,” he said. “I don’t believe there are any other board members that are involved on a daily basis in Hammond, so I’m taking it upon myself to see what is out there for Hammond that no one else is currently aware of.”

He referenced Hammond’s bike trail project for which Legacy Foundation issued a grant, and expressed a desire for similar projects down the road.

“It’s exciting for all of NWI to see new connectivity opportunities for our bike and walking trails,” he said.

Szarleta said collaborating with like-minded individuals for a common purpose excites her the most.

“I am most looking forward to working with a set of visionary individuals who strongly believe in the value of community,” she said. “There is an enormous amount of knowledge and talent on the board, and when combined with a sincere interest in community-building, I believe Legacy Foundation can transform Lake County.”