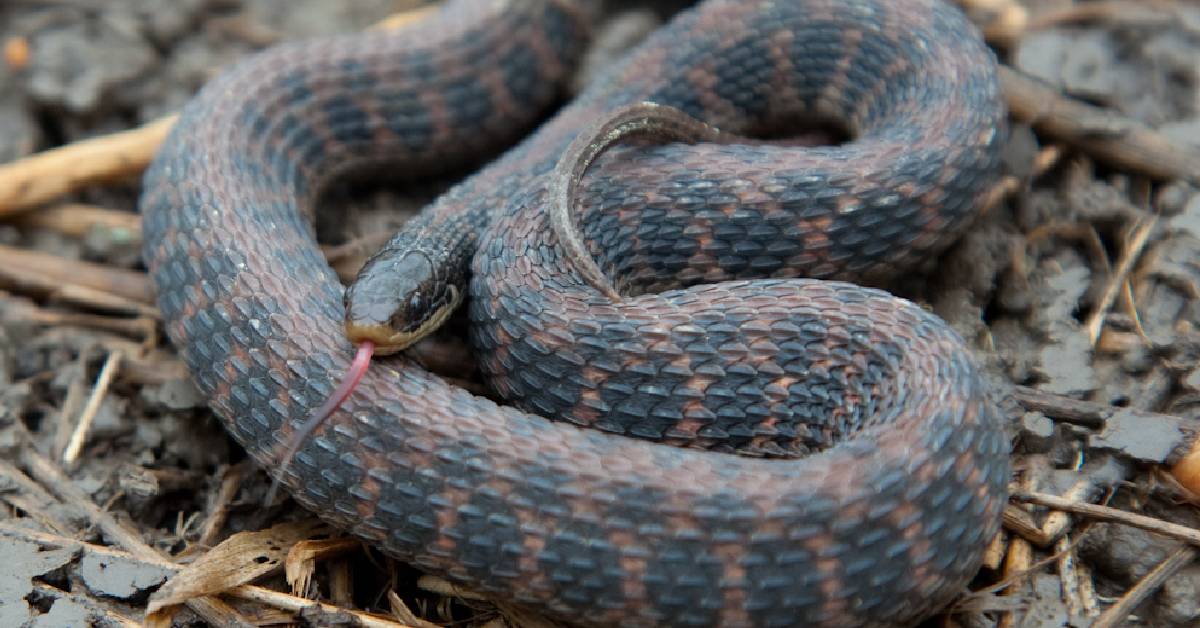 August— a time for lying in the sun, and soaking up some rays before fall descends. These are the snake days of summer.

Having spent the past few months warming their cold-blooded bodies on rocks, limbs, and lilypads around the Region, local slytherin’ sunbathers will spend the next couple of months preparing for hibernation.

As temperatures cool, they become more active during the day, so you might begin to notice more of them roaming around the yard, hunting for food, mating, and even shedding.

What to do if you see a snake

If you see a snake, whether in your yard or out in the wild, best practice is to simply leave them alone. They will only bite humans if they feel threatened.

Snakes are an integral part of local (and garden) ecosystems. They help control local bug and rodent populations, provide soil nutrients when they shed, and serve as a vital food source for larger creatures.

More than 30 different species and subspecies of snakes live in Indiana and about half of them live in Northwest Indiana.

Of those residing in the Region, only one species, the Eastern Massasauga, is venomous.

A member of the rattlesnake family, Massasaugas’ dark gray-spotted, medium-sized bodies grow to be about 20-25 inches long. Identifying features include their diamond-shaped head and infamous rattle-like tail.

Found in prairies, grasslands, marshes, and near water banks, they feed on small mammals and other snakes. In September, females bear live hatchlings in nests of 7-12 babies.

Massasaugas are one of three Regional snakes on the state endangered species list, and the only one also listed on the federal threatened registry. This means they are illegal to kill, and as their venom can be lethal, they are best left undisturbed if you see one in the wild.

For more help on how to tell the difference between venomous and non-venomous snakes statewide, check out this handy diagram from the Indiana Department of Natural Resources Division of Fish and Wildlife.

In the event of a venomous snake bite, follow these steps:

These are two of the most frequently spotted species statewide. Cousins from the same genus, they look almost identical and share the same habitat. Both have long, slender 18-36 inch bodies, and live in marshes and water hedges.

They differ mainly in coloring and reproduction. Eastern Garters are primarily cream or olive colored and give birth to as many as 50 babies between July and September. Their habitat includes grasslands in addition to wetlands and their diet is a bit wider.

Easter Ribbons are darker in coloring, usually dark brown or black, and only hatch 4-12 babies at the end of the summer. Both snakes have three contrasting stripes down their backs, and their scales can sometimes include checkered or spotted designs.

As their name suggests, they are found in water, usually in shallow lakes, ponds, rivers, and streams. Their thick, grey or tan bodies have dark brown cross-stripes and can grow up to 40 inches long. They hatch nests of over 50 babies in July and August.

Another one of the largest species populations in the state. Grayish-brown in color with a stripe down the back and to lines of small black dots, they only grow to about 15 inches. You can find them all over open, grassy areas.

Blue racers have really long 23-50 inch bodies that range in color from blue-gray to brown to olive to lead. They live around forest edges and in abandoned fields, and hatch up to 35 eggs in July and August.

Eastern Milk snakes have light-colored gray or yellow bodies with deeper colored cross-wise dorsal splotches in maroon, tan, or brown colors. Adults range from 24-36 inches in length can be found in woodlands, along the edges of fields, or in urban suburbs. They lay up to 12 eggs that hatch between July and August.

In addition to the Eastern Massasauga, two other locally-found species are protected under the state’s Nongame and Endangered Species Conservation Act— the Kirtland’s snake and the Smooth Green snake.

These live on the ground in urban areas where they can find the tastiest earthworms, and are harmless to humans. Their 13-18 inch-long bodies appear reddish-brown with black splotches, with bright pink or red bellies. Young Kirtland’s are born in July and August in nests of 5-12 babies.

Smooth Green snakes prefer sandy woods and prairie land where they can feed on spiders and insects. They have bright, dark green skin with lighter green or yellow undersides. Babies hatch in July and August from eggs laid a month earlier, and grow to adult sizes ranging from 15-20 inches long.

Special mention: While not considered endangered or threatened, Western Ribbon Snake populations in the Region are a matter of special concern due to a loss of their preferred sandy habitats. A member of the garter snake family, they resemble their cousins in many ways and are most easily distinguished by an orange-yellow stripe down their backs.

How to help preservation and protection efforts

The best way to help endangered and threatened snake species in the Region is by engaging with groups focused on habitat preservation and education efforts.

The Indiana Nongame Wildlife Fund is the main source of funding for state government-sponsored work along those lines. Visit their website to find out how to contribute to the fund and sign up for their newsletter for updated information.

Another group, the Midwest Partners in Amphibian and Reptile Conservation works to build public/private ecosystem protection partnerships. They publish literature on habitat management and other useful topics, and organize a phenology project where citizen scientists can help with data gathering and surveying.

No matter where in the Region you go this summer, if you’re outside on a hike, enjoying a local park, or picking vegetables from your garden, local snakes will be easy to spot. Remember to give them a wide berth, watch out for babies as the weather cools, and take pictures from a safe distance to share with all your friends!