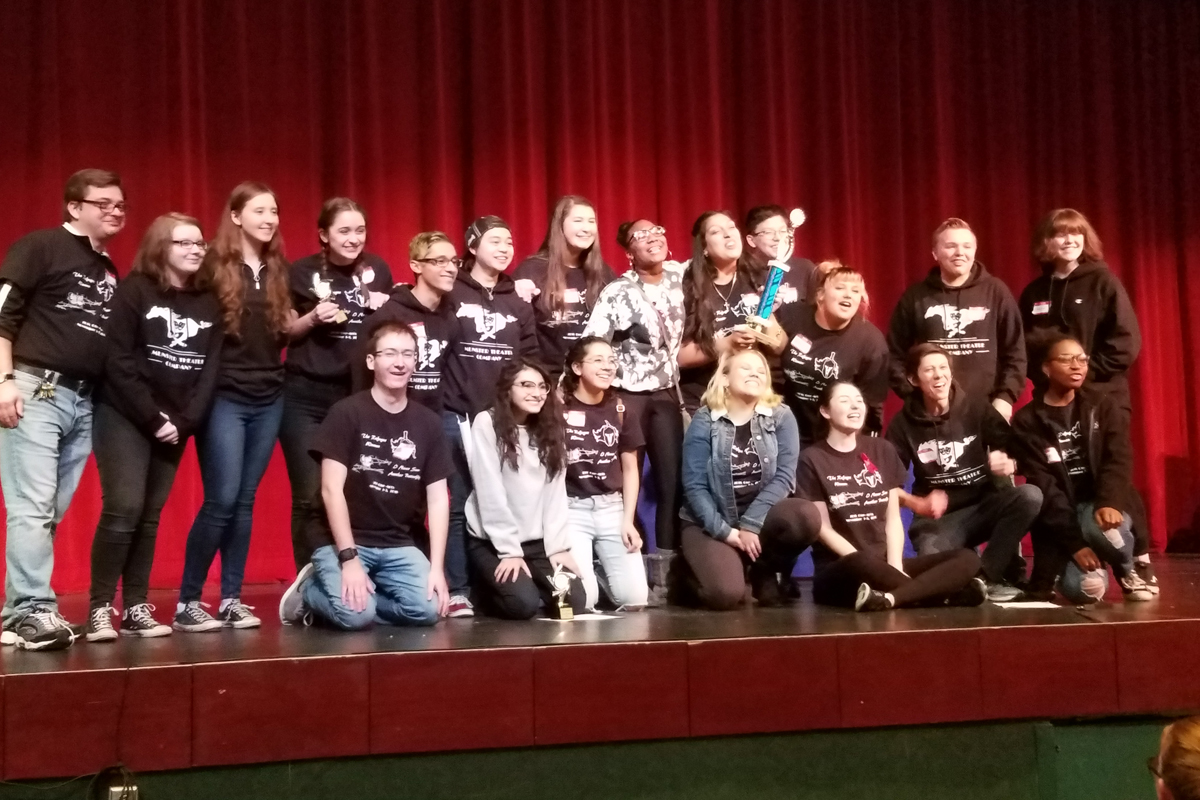 The Munster High School theatre program competed at the Indiana Thespians Regional competition on Nov. 10th and placed 2nd, allowing them to advance to the State competition in January. Additionally, Junior Diana Ayala was named Best Supporting Actress, and Senior Maya Radjenovich was named Best Actress by the judging panel. At the Regional, 6 schools competed at the Munster High School Auditorium for the chance to compete at state. During these competitions students are given 45 minutes to set, perform, and strike a piece of theatre before a panel of 3 judges.

This year the Munster Thespians performed a play entitled Refugee Women. This play within a play details the story of several refugee women who at the suggestion of an aide worker put on a performance of The Trojan Women by Euripides. The parallels between the women of Troy and the women of the refugee camp only served to heighten the catharsis of the judges. Munster High School and Andrean High School were the two theater programs who will represent the region in January at Franklin Central High School in Indianapolis.

This is Munster’s second year competing and first qualification for State. Munster High School Auditorium Director, Mr. Ray Palasz, had this to say about the troupe’s accomplishment, “Most of the schools we compete against both at Regionals and at State have a full array of theatre course offerings both on the performance and production sides. Therefore this achievement truly reflects the hard work and dedication of students who have worked tirelessly in addition to their coursework and other extracurricular obligations. It is putting Munster Theatre on the map in the state!”