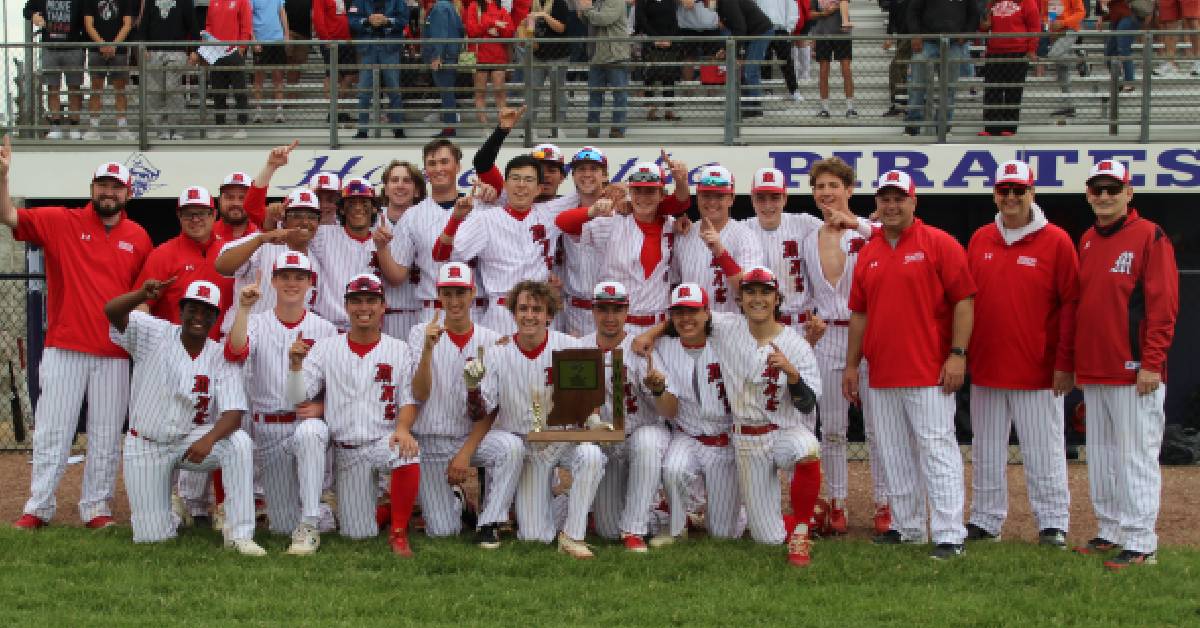 The Munster Mustangs walked-off the Lake Central Indians on Monday afternoon to claim the Merrillville Sectional Baseball Championship, concluding a 2-1 ballgame dominated by strong pitching performances from both teams.

Carter Doorn took the mound for Lake Central and dominated the Mustangs early on, with 10 strikeouts before he began the fifth inning. The senior was especially strong in the fourth, striking out the side with second and third strikeouts coming on just three pitches apiece. But Munster didn’t give up, and after that fourth inning, they were rewarded with walks and hard contact.

“We stayed close to ‘em, and all of a sudden they had their chances to get a run here and there,” said Bob Shinkan, head coach for the Mustangs. “You get that one hit and hitting is contagious. We just didn’t quit and I’m so proud of these guys for that.”

Munster tied the game in the sixth, as Lake Central struggled to plate runners in scoring position against lefty Jacob Thometz. In the seventh, Munster shortstop Ben Greiner came to the plate with a man on second and delivered a walk-off single to win his team the championship - his teammates mobbed him as he sprinted around the bases.

“I make contact and see the ball going down the line, I’m just praying that it stays fair,” he said. “It does, it rolled right over the bag. I knew I just had to touch first because Derrick [Wiening] was scoring from second base. All hell broke loose after that.”

Greiner stressed that much of the Mustang’s never-quit attitude comes from their goal to take their coach as far as they can as he continues to battle breast cancer.

““The biggest rallying thing for us is Shinkan,” he said. “He’s diagnosed with cancer, so we all just huddled up and said ‘let’s do it for Shink.’ And that’s what happened, we did it for Shink.”

The next step for Munster is the LaPorte Regional, where they will face the Valparaiso Vikings in the first round of play on June 5th.