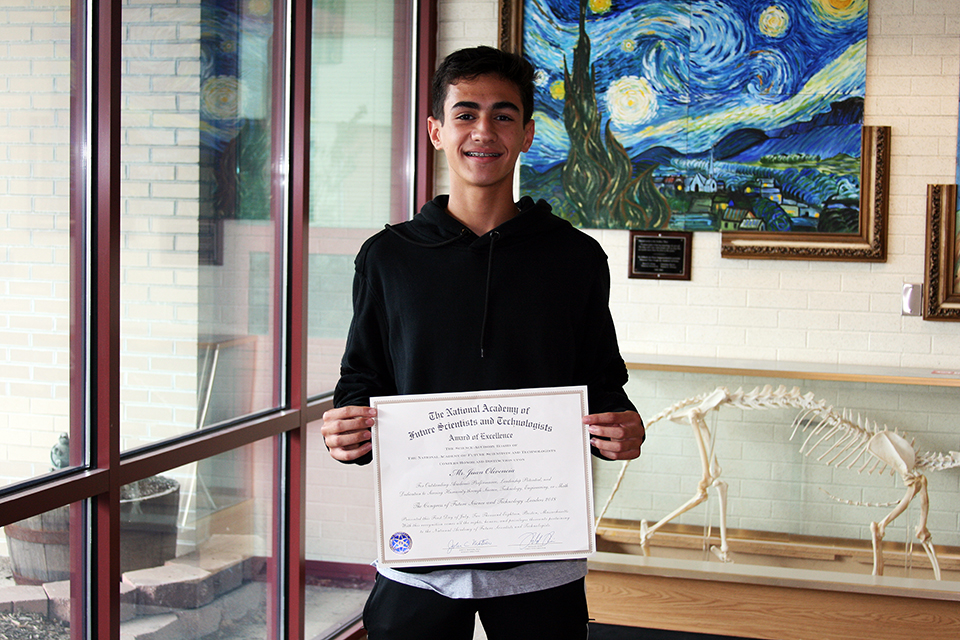 Munster High School Sophomore, Juan Olivencia, has been honored the National Academy of Future Scientists and Technologists, following his appearance at the Congress of Future Science and Technology Leaders 2018, which took place near Boston, Massachusetts.

The honor of being invited to attend the congress is limited to students with at least a 3.25 GPA who have received an academic nomination by a teacher or guidance counselor. Students who receive an invitation spend three days in the company of some of America’s brightest young scientists, and engineers. They have the opportunity to meet face-to-face with Deans of the world's top 10 universities, Ivy League academics, and Nobel laureates. 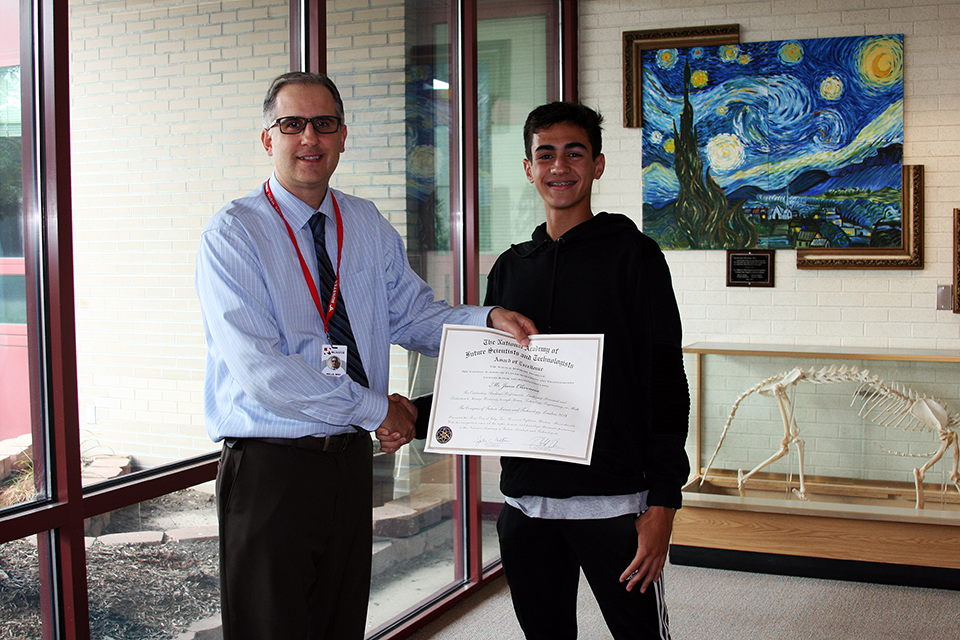 The theme of each year’s conference is “Greatness Awaits” and delegates are prepared for greatness with the mentorship of these academic luminaries. In addition to participation in the congress, students are given the opportunity to compete for scholarships. Munster High School congratulates Juan for his achievement and looks forward to seeing what the future holds for this talented and driven young man.