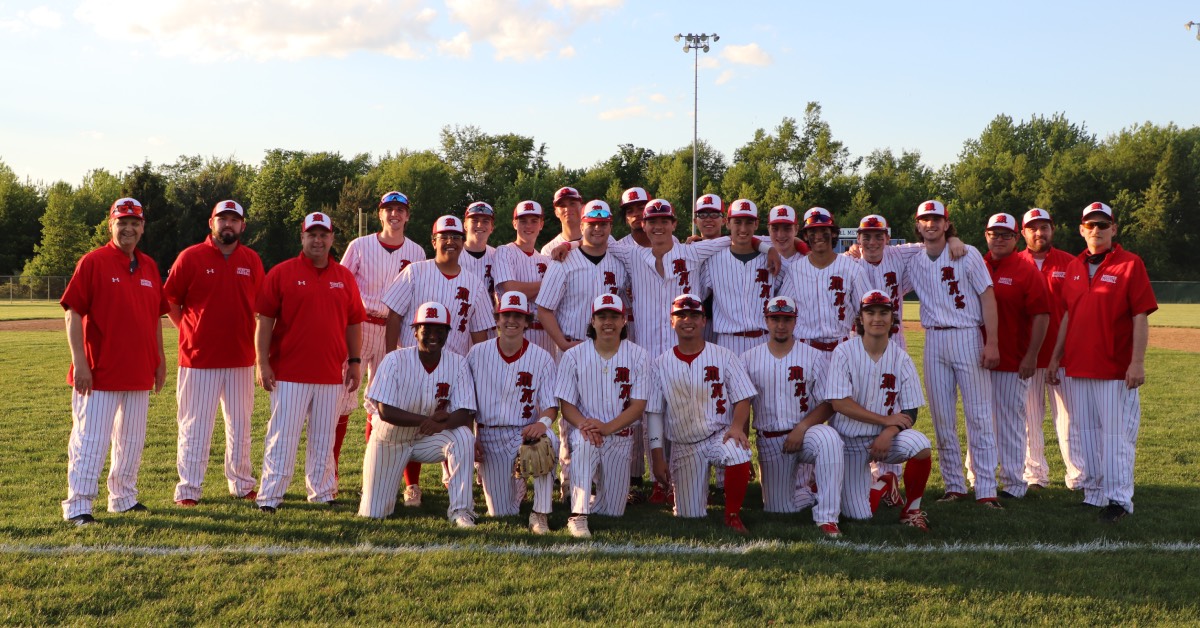 The Mustangs set the tone for the game in the first inning. #5 Bryce Schaum’s double brought in two runs, bringing the score to 2-1. Players from the Mustangs hooted and hollered from their dugout as their teammates made their way around the bases, representing a strong support system that continued throughout the game.

For Mustangs Head Coach Bob Shinkan, Wednesday night’s game was the culmination of weeks of practice and focus, all with the goal of the Mustangs redeeming themselves after two regular season losses against the Trojans.

“We knew that they had beaten us twice and this was a redemption game for us,” Shinkan said. “But we knew we had fight in us. All we had to do was come out and play our best ball game. We just hit the ball today.”

Highland responded in the next inning when #5 Bryce Ozelie’s single paved the way for #10 Joshua Modjeski to score the first of the Trojans two runs. By the top of the third inning, the Mustangs lead the Trojans with a score of 3-1, but another base hit from #4 Brady Ginaven scored two more runs just before a single from his teammate led to a run from Ginaven himself. By the top of the fifth, the Mustangs lead 6-1.

The game continued with the Mustangs slowly widening their lead over the Trojans. #9 Tyler Lukowski, #3 Derrick Wiening, and other Mustangs scored three more runs. The Trojans would respond with a run at the bottom of the sixth, bringing the score to 9-2. Two more base hits for the Mustangs would result in two more runs, and by the bottom of the seventh, they would be celebrating out on the field as the game came to an end with a final score of 11-2.

“Getting hits is contagious,” Shinkan said. “We made a few base-running mistakes in the first few innings, a few missteps here and there, but the guys did exactly what we have been practicing since the tournament schedule came out. They came through at exactly the right time.”

Game two features the Merrillville Pirates and the East Chicago Cardinals. The winner of that game will go on the play the Mustangs on Friday, May 28 at 5:00 p.m.