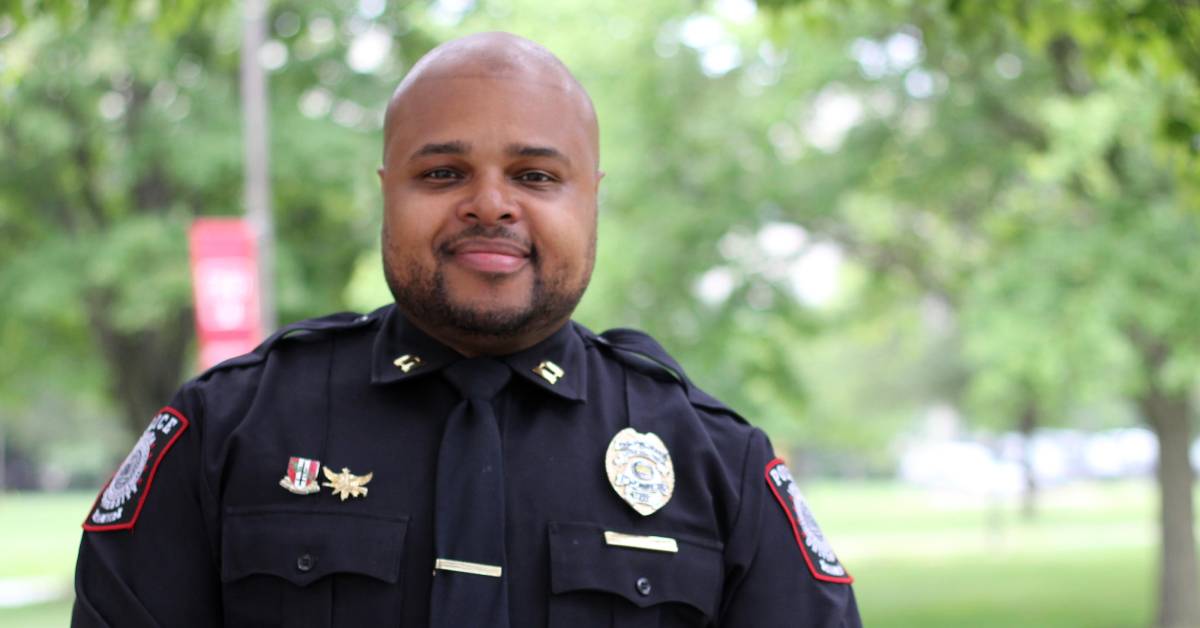 "Chief Davis is an outstanding choice to further the range of partnerships, community engagement initiatives, and officer training and development that make our campus one of the safest in the state," Lowe said.

Davis will lead an IUPD division with 15 sworn officers, six part-time officers, and four support staff. He will provide leadership, direction, and oversight for all campus enforcement functions. Davis will continue to build the diversity and inclusive practices of the division's workforce and the already strong partnerships with faculty, staff, students, and surrounding community.

"Chief Davis has shown solid leadership in every aspect of his work for IUPD," James said. "He continually looks for ways to improve as an officer and a leader. It is so satisfying to know he will be guiding this division as it serves the needs of our campus and greater Gary community."

Davis will serve on various university, local, and state law enforcement committees and act as liaison between the campus department and local municipal agencies and courts, while continuing to build partnerships with other jurisdictions.

He will plan for and train his staff to respond to major campus crisis events and incidents through his role on the campus’s crisis management team.

“I look forward to continuing to serve the campus and the City of Gary, where I was born and raised,” said Davis. “I also look forward to continuing the great partnerships with local agencies, which aid in providing a safe and enriching learning experience. The great men and women of IUPD-Northwest and I are committed to building strong relationships within the community and making IU Northwest the safest campus in Indiana.”

James, who ends his tenure as chief this week, will focus exclusively on his university wide responsibilities.

Davis is a certified Indiana law enforcement instructor specializing in active shooter, S.T.O.P.S. physical tactics and general instruction. He is a 2017 graduate of the Northwestern University Supervision of Police Personnel program. He earned his associate degree in criminal justice at Liberty University and a bachelor’s degree in organizational management, where he received awards for academics and leadership, from Calumet College of Saint Joseph.

He is a 2019 graduate of Chief Executive Leadership School through the Indiana Law Enforcement Academy. He is a member of the Northwest Indiana Chapter of the National Organization of Black Law Enforcement Executives and sits on the Future Leaders in Public Safety Committee for International Association of Campus Law Enforcement Administrators.

He has received several awards and commendations, including a commendation for a SWAT call out in 2012 and an award for IUPD “Field Training Officer of the Year." He revels in his volunteer coaching for basketball and baseball, which lets him give back to the community and mentor kids, teaching them valuable life lessons such as hard work, dedication, punctuality, self-discipline and teamwork.

IUPD at IU Northwest is one division of the IU Police Department, which is part of Public Safety and Institutional Assurance within the Office of the Executive Vice President for University Academic Affairs. Chief Davis will join IUPD's leadership team, which includes seven chiefs throughout the system, who ensure a progressive and community-oriented approach to campus law enforcement.