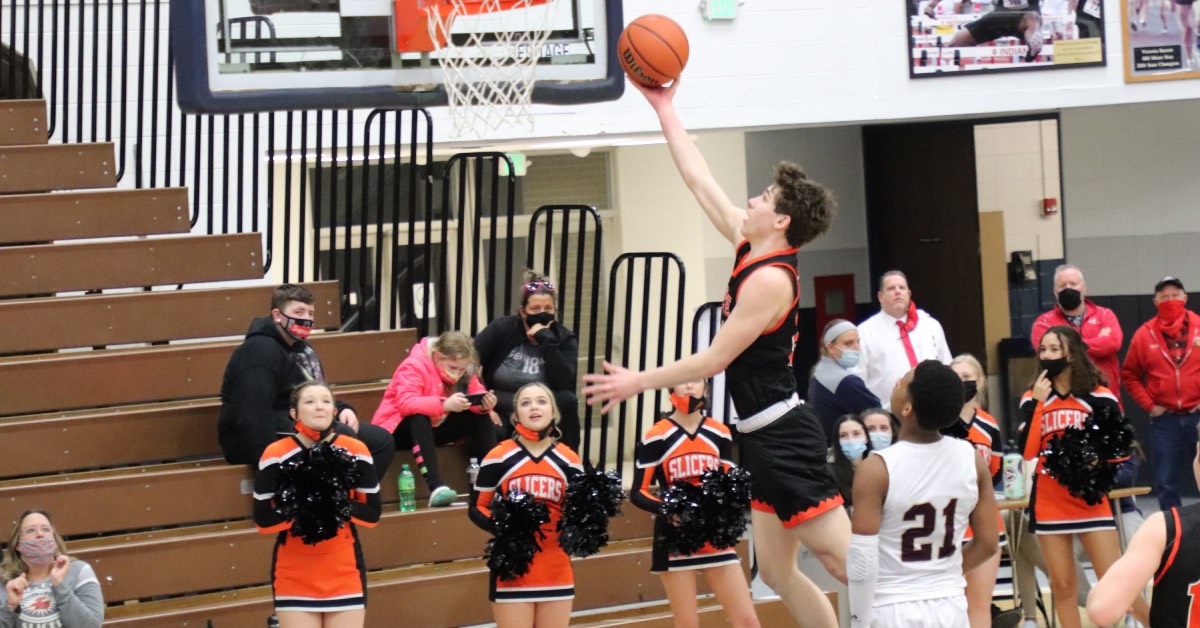 After giving it their all, the Mishawaka Cavemen defeated the La Porte Slicers 68 to 46 at the boys basketball sectional held at Michigan City High School. Tonight’s victory came despite the challenges thrown at the team because of COVID-19.

Coach Ron Hecklinski was out with COVID-19 twice and noted that, while everyone missed time because of that and other interferences resulting from the pandemic, the Cavemen have pushed through.

“I’ve got great assistant coaches, and they did a good job for the four games I was out for,” Hecklinski said.

Keeping the current state of the world in mind, Hecklinski said the opportunity to play at all is big. He has seen his players pour their hearts into their work and progress throughout the season, and he attributes tonight’s win to those efforts.

“Obviously, the sectional tournament is a culmination of what you did for 22 games,” Hecklinski said. “It’s really seven months of work because we start conditioning in September. You’ve got to get better, and we have gotten better.”

Hecklinski anticipates fierce competition as the Cavemen move on to compete against the South Bend Adams Eagles.

“Adams is number four in the state; they’re really good and athletic,” he said. “I think they beat us by six or seven points early in the season, so it has got to be a war. If it’s a war, we have a chance.”

The Cavemen and the Eagles will go head-to-head this Friday, March 5 at Michigan City High School at 8 p.m.