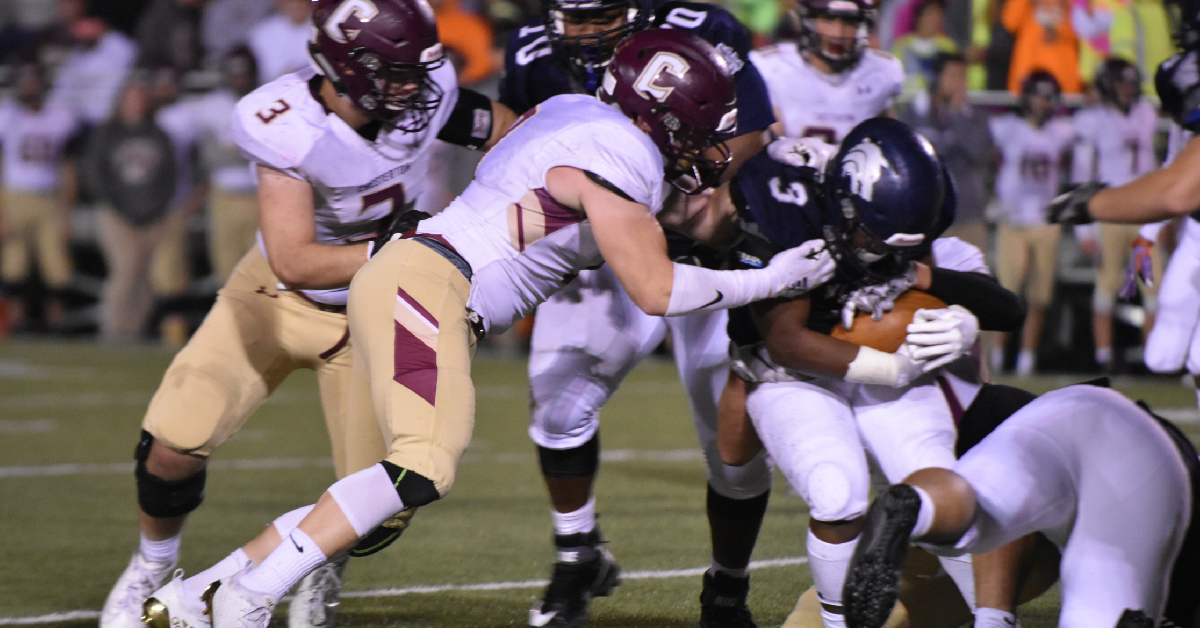 October weather in September was not a concern for the coaches of the Michigan City Wolves nor the Chesterton Trojans as they had a conference game face off on Ames Field. It was the perfect night for an exciting game that tied in the fourth quarter, but eventually saw the Wolves pull ahead for a 21-7 victory.

Coach Phil Mason of the Wolves was feeling good about the home game and the energy beforehand. “Kids are excited and it’s always good to be at Ames Field,” he said.

Chesterton Coach Mark Peterson agreed. “When you enter the DAC to play against a great opponent like Michigan City certainly energy is going to be high and kids are excited,” he said “There’s a great focus on the team and we haven’t had the opportunity to win the last two games so that definitely contributes to that. It adds to the excitement and enthusiasm. Heading into conference play makes them even more motivated.”

The band had a special opening performance with the middle school band joining with the high school. The Michigan city pep block displayed sports jerseys while the Chesterton pep block could not be missed in their neon attire.

Excitement mounted as Wolves sophomore Giovani Laurent made his quarterback debut. The Wolves started the game with possession but lost it soon to the Trojans. The Wolves still who drew first blood, though, scoring an initial touchdown. The Trojans answered with a touchdown of their own. From there it was a battle with the teams tied 7-7 going into the second half. Excitement mounted with the pep blocks and fans yelling.

After a moving display called Chroma by the Marching Band, the players rushed out onto the field with growls and yells. The Wolves attacked with a fierceness and the Trojans fought back.

The game was tied going into the fourth quarter. But in the end it was the Wolves who would take the lead scoring a touchdown, bringing the score to 14-7.

A fumble by the Trojans allowed the Wolves an additional touchdown by Mike Bradford followed by a field goal. The game ended with the Wolves claiming a 21-7 victory.

The Wolves next play the Valparaiso Vikings on the Vikings home turf September 14. The Trojans play next at home against the La Porte Slicers.