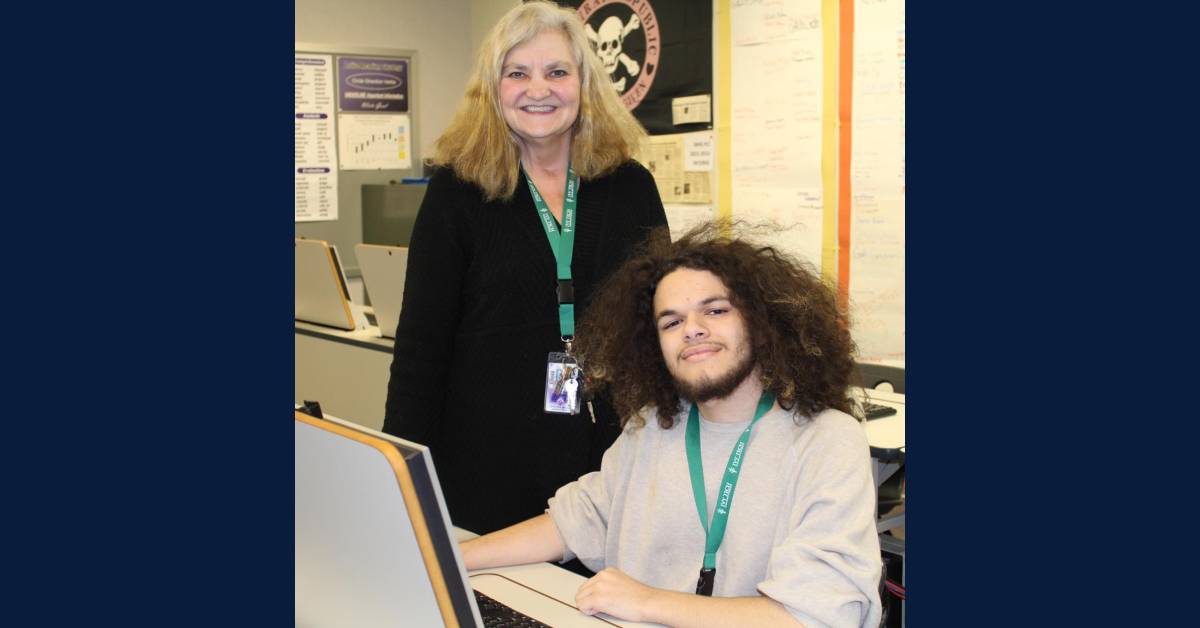 Priest received a certificate and letter from the company congratulating him on placing second in the State of Indiana while earning his certification in MOS (Microsoft Office Specialist) Excel 2019.

“This is a high honor,” Row said. “If the person in first place from Carmel passes up the opportunity, Kameron will represent Indiana and compete at the National Championship.”

The competition is slated Aug. 2 through 5, in Anaheim, Calif.

Winners are ranked by test scores; in the case of a tie in scores, the winner is the one with the fastest completion time.

Row said students described their time at nationals as a "once in a lifetime" experience.

“The kids loved it,” she said.  “In addition to really testing their skills and making them think outside the box, students get to enjoy a little time off with their family.”

Row said the material at nationals is extremely challenging and usually includes features in the software that haven’t yet been released.

“I know of no one else personally who has achieved this very difficult level,” said Row.

According to John Syljebeck, territory manager for Certiport, certification exam provider for MHS, “Just over 1,300 students earned MOS Master in 2019.”

A more interesting statistic he provided was only 0.3% of candidates earned it worldwide.

With those numbers, Row estimates that only about 30 to 32 students across Indiana earned the Master certification in 2019.

In her class, students are exposed to all areas in computer science and earn an IC3 GS5 industry certification. They must pass three separate tests to earn the IC3.

This year, Row incorporated Excel 2016 into the curriculum, and all of her students rose to the challenge and accomplished the dual certification.

But Priest took it further. He earned his first certification, Microsoft Office Specialist in Access, last spring with Row in her database management class and realized "certifications create opportunities" and "they were fun."

In two weeks' time last fall, he added Specialist certifications in Word and Powerpoint, then raised the bar successfully testing for the Expert level in both Excel and Word, qualifying him for MOS Master.

Under a pilot program for MOS 2019/365 in Row's classroom, he did them all over again with the new, enhanced software. He earned a total of 17 industry certifications.

She said each certification level propels a student further on the path to greater achievements and advancement.

“Becoming a Specialist is good,” she said. “Becoming an Expert is better. And becoming a Master is best.

“The Expert level takes it beyond mastery and demands students apply their mastery to unusual, difficult and challenging scenarios,” Row said. “Microsoft projected that in 2020, more than 90% of all technology jobs in the world will require a MOS certification, particularly in Excel.

“The students I have had who have applied for jobs during and after high school have all told me without exception that when they showed the prospective employer their certifications, they were immediately hired on the spot,” she said.

“One of my students last year went to the mall for a sales position,” she added. “The manager saw his certifications and told him he wanted him to work in the back office doing reports on the computer at $15 an hour and not sell shoes.”