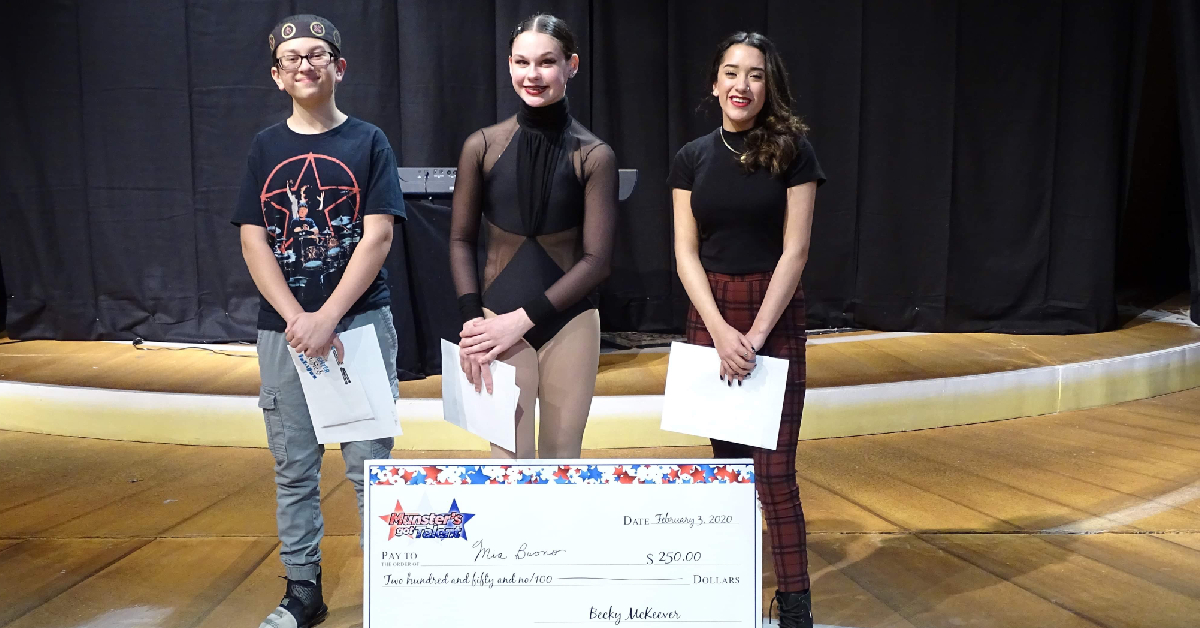 Freshman Mia Buono is the winner of the second annual “Munster’s Got Talent” with her contemporary dance solo titled “Quiet.”

Buono beat out 11 other acts to take the first prize of $250. This is the second time she competed in “Munster’s Got Talent.” Last year she placed second.

Other contestants performed dance and vocal solos and the band “The Missing Peaze,” consisting of WWMS middle schoolers, also competed.

The event is a major fundraiser for the Munster Band Backers, the parent group supporting the Munster High School Marching Mustangs.

The event took place Feb. 25 at Theatre at the Center.

Three types of pasta will be available: meat, marinara or alfredo, provided by Jimbooo’s Catering. Attendees will also enjoy performances by the WWMS and MHS Jazz Bands, the Symphonic Band and Wind Ensemble, the state champion Winter Percussion ensemble and the Winter Guard team.

To order tickets go to: https://supportmunsterband.org/pasta-pizzazz/.