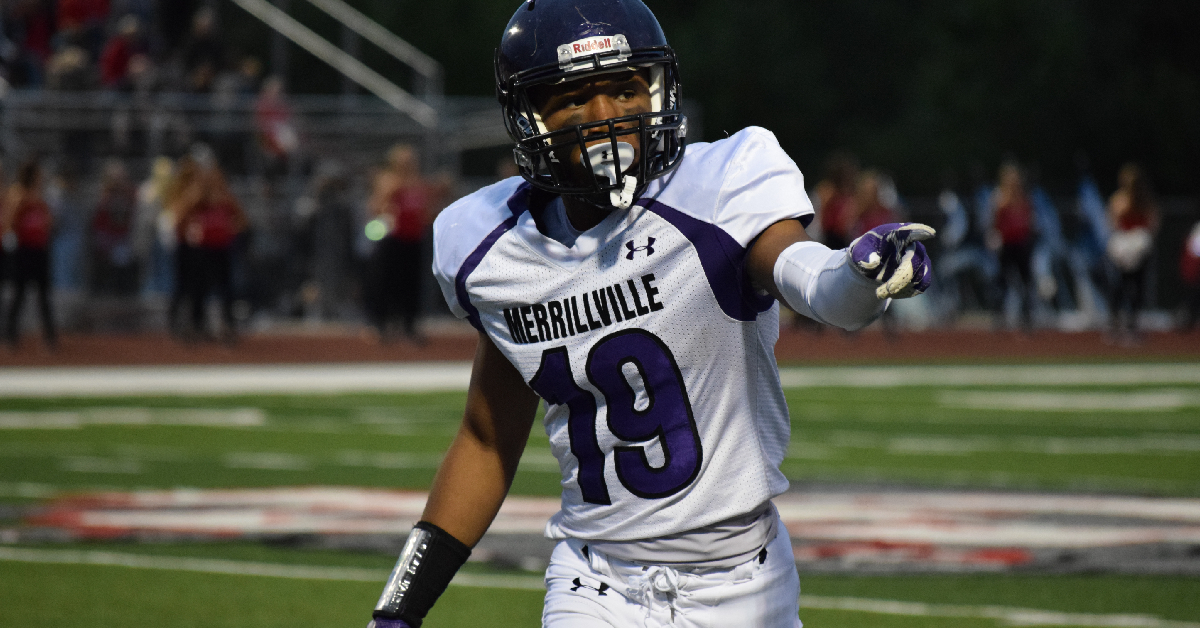 Everyone knows that the Crown Point - Merrillville rivalry will keep you on your toes. This was especially true last night when the winning field goal was blocked by Crown Point in the last seconds to force the game into overtime. Armani Glass for Merrillville and Tysen Cazy for Crown Point - the go-to receivers for their respective teams - took home the MVP awards for the night.

Josh Sabinas, defensive coach for Merrillville, knew that the physical size of many of Crown Point’s players was going to be tough to overcome. They have a large offensive line and a stack of receivers surpassing 6-feet tall, so Sabinas knew that his defense had their work cut out for them.

“We just need to not get in our own way and play the best game that we can,” Sabinas said. “There’s no other place to open DAC play than right here in Crown Point. They’ve gotten the best part of us the last couple years, so hopefully we can start a little bit of our revenge early this year.”

Nick Bruno, the freshmen coach for Crown Point, knows the excitement and thrill behind the rivalry. With a healthy team, the Bulldogs were more than ready to defend their home turf against the Pirates.

“We need to play disciplined football and play within our scheme and not into their strengths,” Bruno said. “Even when I played here, Merrillville has always been our first DAC rivalry game, it’s always a fun, physical environment.”

Merrillville and Crown Point fans alike flooded both stands. Senior Chyna Royster was more than excited to come out and support her team during her last year at Merrillville, even in the chilly weather.

“I just want to make sure I get out to support every sport this year,” Royster said. “It feels good that we’re doing what we’re supposed to do.”

Crown Point senior Kaylie Lach might have been cold, but was excited to be with almost 100 fellow Crown Point students keeping the stands alive.

“Merrillville has gotten better over the years, so this is definitely a big game,” Lach said. “It’s awesome being here with all of the students.”

Merrillville thought they had the game in the bag going into halftime with a lead of 14-3. The Pirates came out to score another touchdown on their first drive making their lead more comfortable. But Crown Point didn’t give up and found a rhythm. The Bulldogs scored another field goal plus two touchdowns tying the game at 21. With the blocked field goal, the game was sent into overtime.

Crown Point had possession first, but the Merrillville defense held them to only a field goal. Down by 3, the Pirates had to score. With a failed run, a sack, and a dropped pass, they had one more down to go. That’s when Quarterback Peter Rodriguez threw the miracle touchdown to Jeremiah Howard in the back of the endzone for a Merrillville win, 27-24.