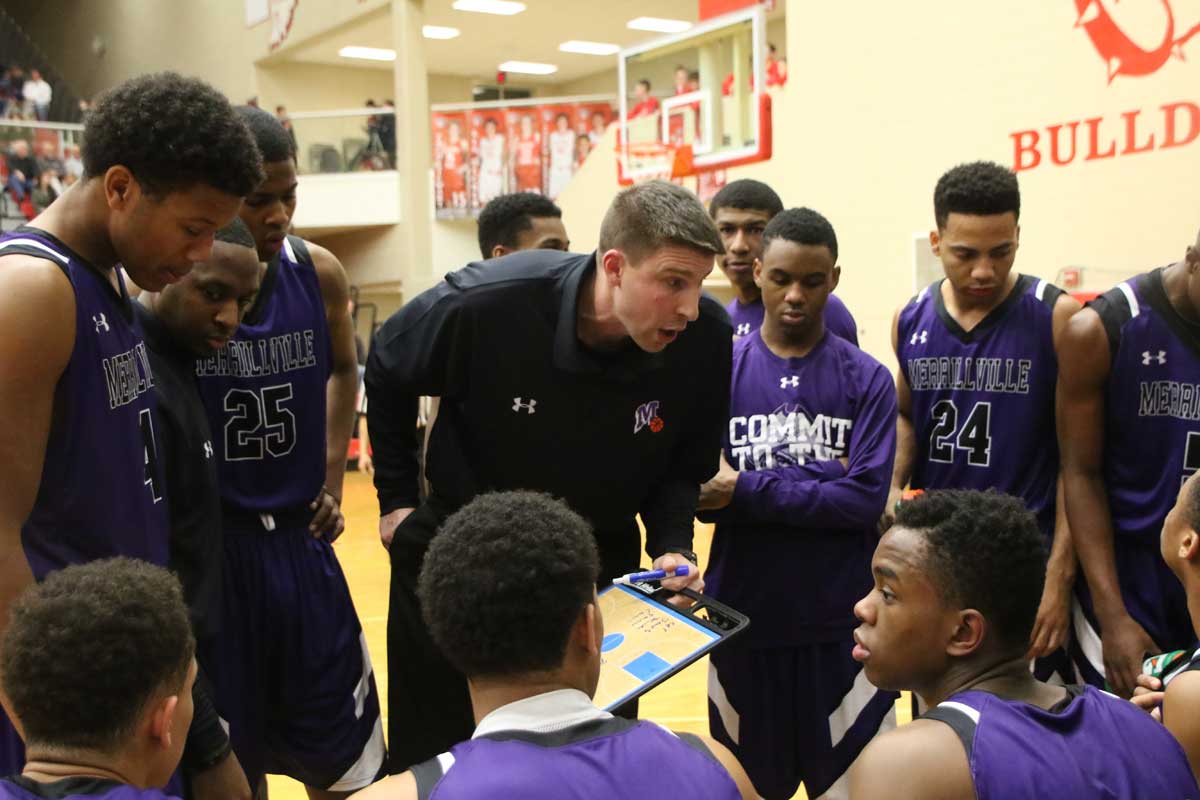 Merrillville High School Boys Basketball Head Coach, T.J. Lux, has been selected by his peers as one of six IBCA Bob King Coaches of the Year.

Lux has an 82-38 record in his five years with the team and has led the Pirates to two sectional titles, one regional title, and two conference championships.

Lux joins five other boys coaches and six girls coaches from around the state as honorees this year.

Lux will receive a plaque for the distinction at April 22 ceremony at the annual IBCA clinic.