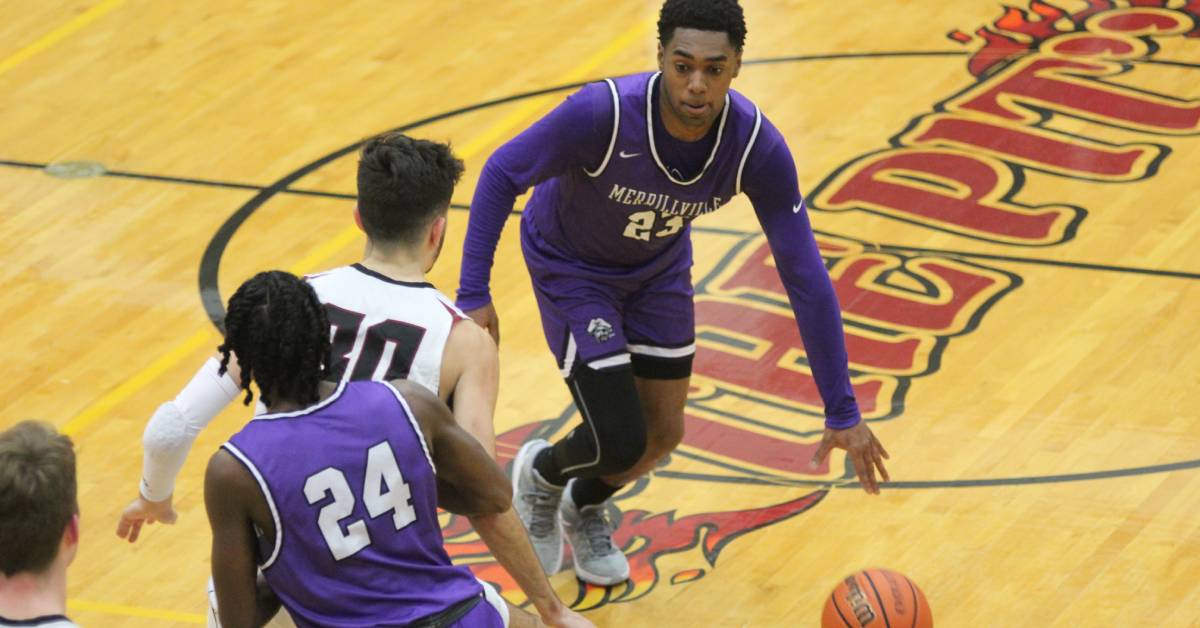 The Merrillville High School Pirates (9-10) continued their remarkable bounce back run on Wednesday, defeating the Lowell Senior High school Red Devils (12-9) 69-55. The victory makes five straight for the boys’ basketball squad, after a 1-7 stretch over the midseason.

After a tough stretch like that, it would have been easy for the Pirates to lose morale and struggle through the rest of the season. Head Coach Bo Patton would not have any of that, helping the boys buckle down, reinforce their fundamentals, and take things one game at a time – just like they did last year in a 12-12 season that ended in a sectional championship

“I’m super proud of my guys,” he said. “It’s kind of like last year. When you have the record that we have in Merrillville, it’s easy to just give up, but my guys stuck with me, and stuck with the coaching staff. They just keep fighting through the season. Last year we shot through all of sectionals, and that’s what we’re trying to do here.”

The win over Lowell did not come easy. Though the Pirates led for most of the game, they were unable to build a double digit until there were 10 seconds left in the 3rd quarter – and even then, the Red Devils kept fighting to come back.

In any match against Lowell, the biggest threat is always going to be senior guard Chris Mantis, who on Tuesday broke Lowell’s single game scoring record by posting 53 points against Rensselaer Central High. The Pirates managed to hold the star to 21 points, and he fouled out of the game with 5 minutes left on the clock.

“There’s really no way to stop Mantis, you just have to hope he misses shots,” Patton said. “He had a bit of an off night tonight, but he’s a heck of a player and I’ve got nothing but respect for him and his family. My guys did a good job paying attention to detail, not leaving him room for open threes, because he’s going to make them. I’m proud of my guys, and I love Chris Mantis.”

The Pirates were led by senior guard Dylan Coty, who scored 16. Junior big man A.J. Dixon was not far behind with his 15 points.

The Pirates will finish their regular season schedule at home against Penn on Friday night, while the Red Devils will look to bounce back with a road win against the Crown Point Bulldogs that same evening.