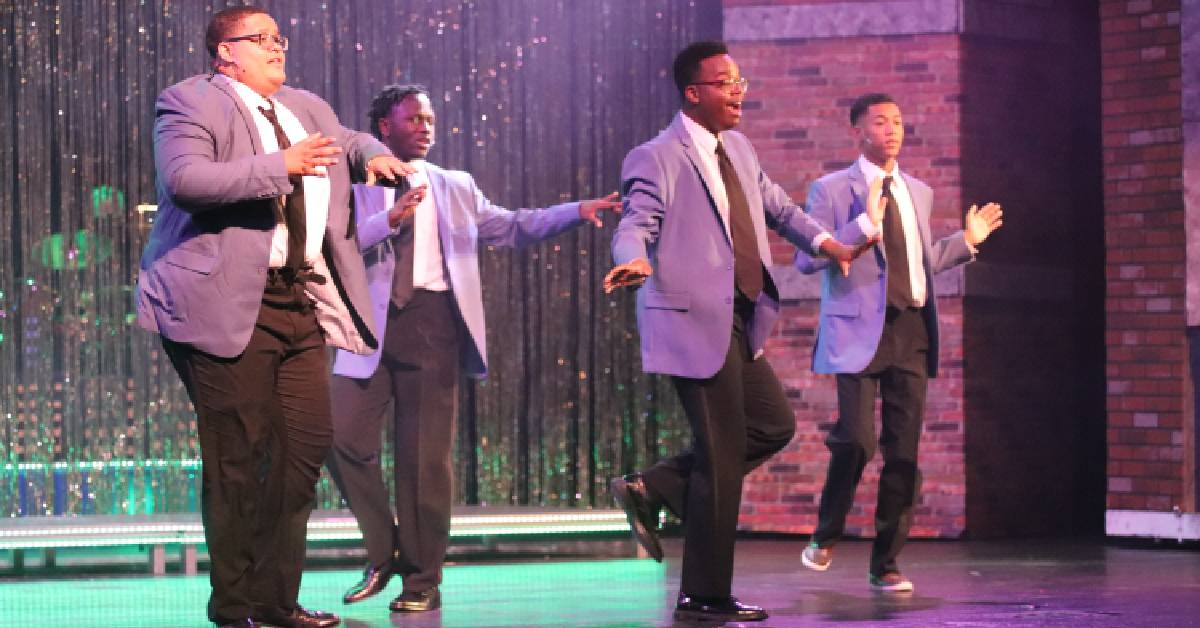 On Friday night at Merrillville High School’s Reinhart Auditorium, students took the stage to perform the musical revue, Smokey Joe’s Cafe. This musical has been on MHS Musical Director Melinda Reinhart’s short list of shows to do for a while now, and with the pandemic she felt this was the best time to do this performance.

“I didn't want to repeat that situation we had last year where you pick a big show, and then all of a sudden something happens and you're canceling because one of your actors is sick and then you're in quarantine,” said Reinhart. “So I was looking for something that we could control the number of people.”

The original revue consists of rock and roll and rhythm and blues songs written by songwriters Jerry Leiber and Mike Stoller. Smokey Joe’s Cafe won a Grammy Award in 1997.

“It's the birth of pre-rock and roll, you know from rhythm, blues, jazz and rockabilly,” she said. “Then, going into traditional rock and roll, and then into the music that we listen to today.”

“I was more confident, I was really happy and excited that we got to do another show,” he said. “It's pretty great to actually be on stage again, performing in front of an actual live audience.”

Because of the COVID-19 pandemic, the production was a little bit different than usual MHS Theatre shows. Smokey Joe’s Cafe is all music and choreography compared to musicals with scripted lines and a story.

“I thought it would be appealing to my students and their abilities. I know that one of their strengths is this type of tight harmonies and choreography,” said Reinhart. “I knew that it would be something they would have fun with.”

This style of production was different than what some of the cast were used to, but they were comfortable making the adjustment.

“I'm a choir kid so it's like another day of concert for me,” said Cooper. “I can show people an amazing time making them want to come back and see more.”