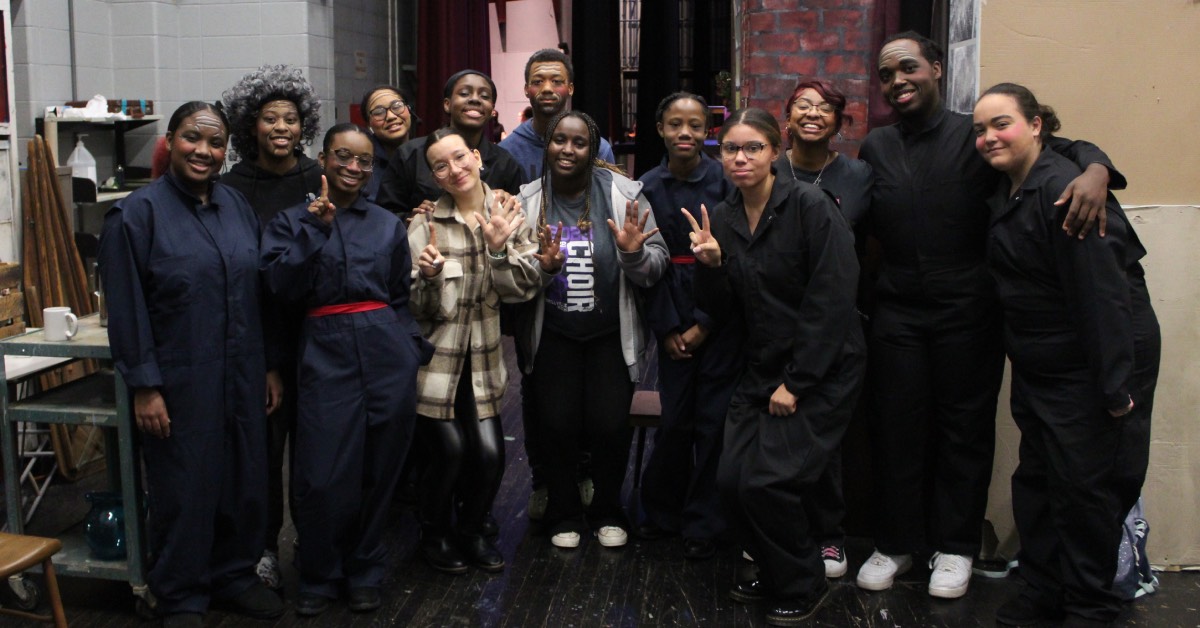 The play, which opened on Thursday evening, depicts a society where a seemingly omniscient, nearly omnipresent figure known as Big Brother leads the Nation of Oceania – where “the Party” controls history, language, and even the smallest thought of dissent is illegal. It is a legendary narrative, with a compelling plot telling a cautionary tale of how easily freedom is stripped and replaced by pointless cruelty.

“I have this insatiable itch every time an election comes around to put something on stage that’ll kind of force people to think about the political system that we have,” said Thomas Mackey, director. “A lot of times, there are a lot of complaints, often valid, about how our political system operates … but I think it should be given a fair shake. I want our students and community to sit up, perk their ears a little bit, and say maybe instead of sitting back and complaining, we should participate in this thing and make sure our voices are being heard, before they get silenced.”

The cast and crew started work on the production months ago, diving into the story and its themes, learning the roles, and crafting a stage that could capture the oppressive nature of Oceania.

“It’s been an interesting journey to say the least,” Mackey said. “I managed to get a few of the students to read the book, but it’s very dense and gets into such deep philosophy that we spent a lot of our rehearsals just discussing the dystopian future that exists in ‘1984’, just deep in the weeds about how a society like it could come to fruition.”

Ember Wolstenholme, a junior in charge of 1984's scenic design, helped craft the unique multi-level set where Big Brother looms over the cast and audience alike from multiple ‘telescreens’.

“I really like the telescreens, the main one and all of the little ones, and how the different levels symbolize the different levels of people in 1984’s government system,” she said. “My actual original design is represented here, and you can see it throughout the design concept.”

The protagonist of ‘1984’ is Winston Smith, who quietly sits on thoughts of hate and rebellion towards the Party that gradually bloom thanks to a romance with his co-worker, Julia. The other core character is a man named O’Brien, a high-ranking Party member in whom Smith begins to confide.

“He’s such a brutal character,” said Carlton Clay, the senior portraying O’Brien. “He goes through such a big transition over the play.”

Clay, despite his major role, initially never planned on being a part of the cast when Mackey first announced ‘1984’.

“I wasn’t going to act, I was just going to be in the stage crew,” he said. “It’s kind of a right place, right time thing. I didn’t know auditions were happening when I got here one day, and Mr. Mackey looked at me and said ‘you’re gonna do the play right?’ so I auditioned, got the part, and was pretty stoked. It was fun going through everything and learning about the book, I’d never read it before.”