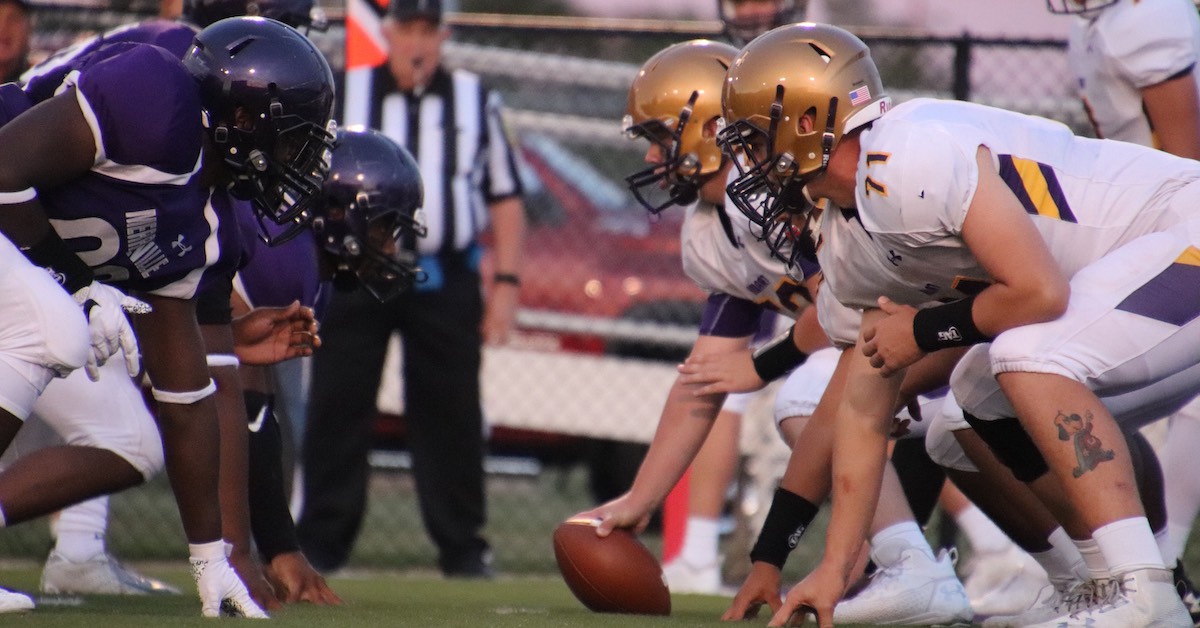 The roar of the crowd echoed off the I-65 overpass as the Merrillville Pirates waged a war of attrition against the Hobart Brickies on Friday night.

A Merrillville student from the cheering section explained that the reflective vests were for their“construction night” theme against the Brickies. The fan sections taunted each other across the field, but Merrillville threw down the gauntlet when they waved their cell phone lights across the field as if they were at an arena concert.

The Band of Pirates kept the crowd going, and were joined on the field by the cheerleading and dance teams to welcome their starting lineup to the game. The Merrillville JROTC presented the colors for the National Anthem.

The teams ground the gridiron, forcing turnovers by fumble and interception. The first points on the board came in the first quarter when the Brickies returned the punt to the one yard line and were unable to get the ball out of the end zone, resulting in a Pirates safety. Those two were the only points on the board to close out the first quarter.

The first touchdown belonged to Merrillville in the second quarter, but the Brickies blocked their kick for the extra point.

In this non-conference game, Merrillville held Hobart scoreless, ending the premiere matchup with a total of 21 points.

The Brickies took their second loss of the season after falling to Chesterton at home during Week 1. You can find Hobart facing the Griffith Panthers in Week 3.

Merrillville defeated Andrean in their first game of the season, and now sit undefeated at 2-0. They will take on the Bulldogs next week in their first away game at Crown Point.