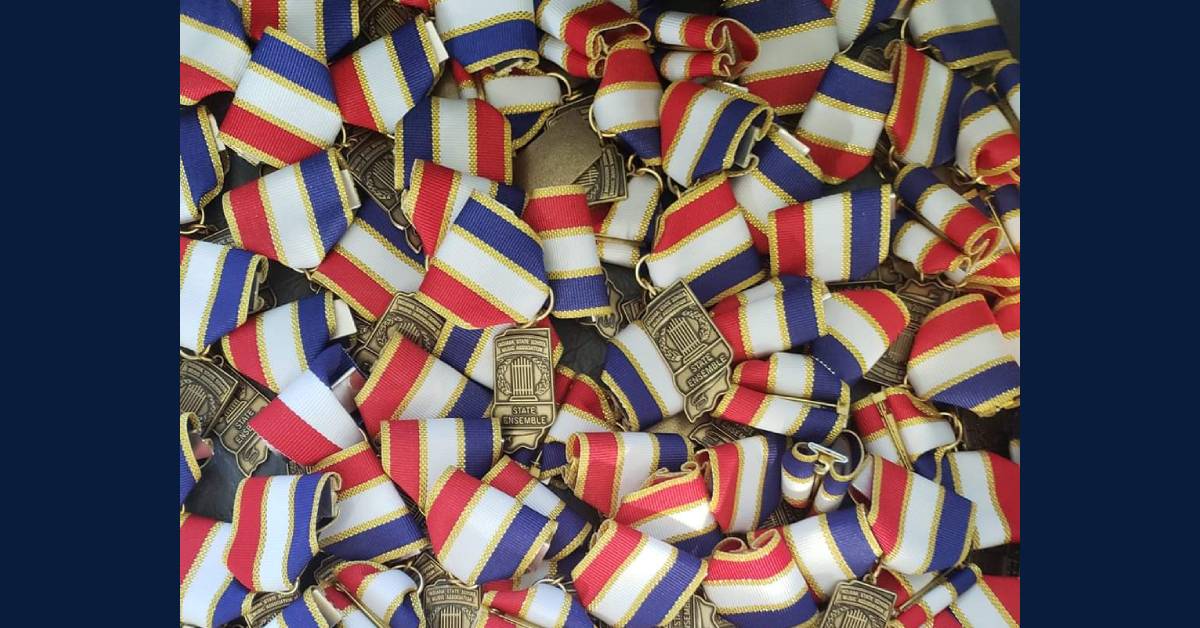 Students competed in 13 vocal solos, one piano solo and six ensembles, earning a total of 88 gold medals in all.  In addition, eight of the 20 earned their golds with distinction!

"These handicaps made it much more difficult to hear each other and execute dynamic changes and other musical nuances that judges can hear in our recordings,” she added.

Burns was also awarded a 7.5 gold with distinction on his piano solo.

The Escobar Ensemble and the Vocalteen Men scored gold with distinction with “Lullaby” and “DrunkenSailor,” respectively.

Under normal circumstances, students compete at the ISSMA Solo and Ensemble District level in early February and get feedback from their judges.

If they perform division one pieces and earn gold ratings, they can compete again at the state level two weeks later, where they sing for judges who are college music professors. Adjudication at the state level is with a much higher degree of expectation.