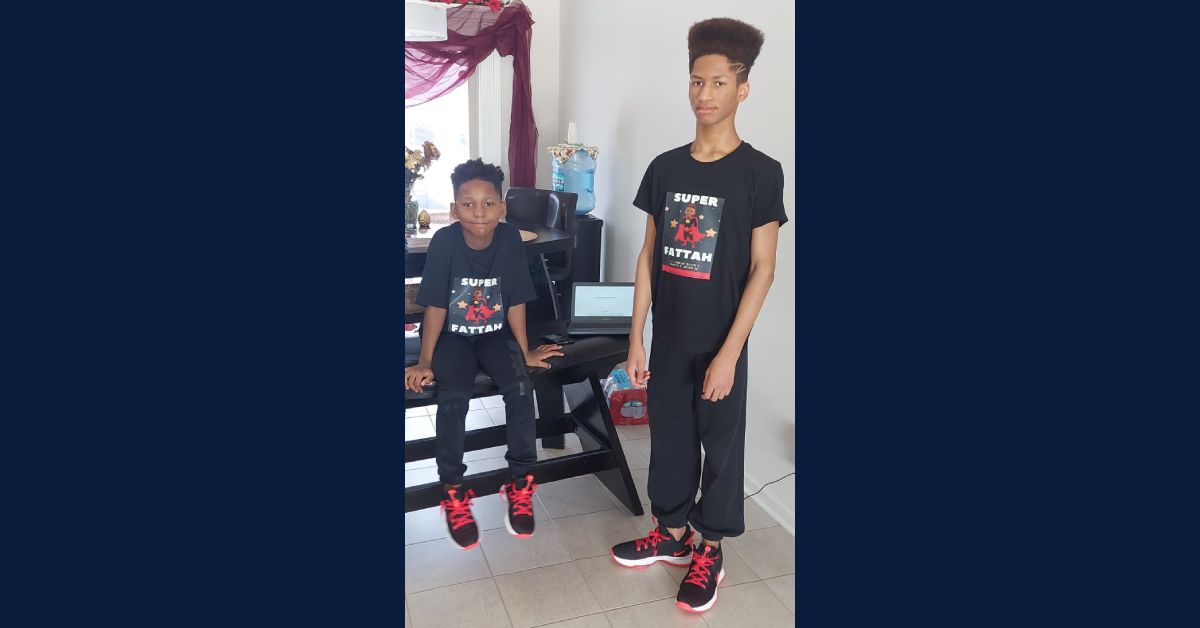 Brothers Luvonte’ Smith and Derrick Jones of Merrillville couldn’t figure out what to get their dad for Father’s Day in 2020. All of the stores were closed due to COVID-19, so their choices were limited.

“Why don’t you make up a story?” she asked. “These boys are always telling stories.”

So, the duo set out to make a book for dad.

Luvonte’, a seventh grader at Pierce Middle School, said they cut up some comics from newspapers, added characters on each page for pictures, and wrote the story on a notebook.

His father loved it.

“He said it was a really good book,” Luvonte said.

Inspired by Salk Elementary School third grader Derrick Jones, who the family nicknamed “Fattah” and who happens to spend much of his time in capes and superhero costumes, the book’s hero “Super Fattah” is a kid who dreams of becoming a superhero and experiences real everyday life, encountering things like spiders and bullies, playing ball and going to the zoo.

“Derrick loves costumes,” she continued. “One day he’s Spiderman, the next day he’s Superman; that’s who he is for real.

“It’s a cute little story for all ages,” she added.

Family members also loved the brothers’ story so much that it inspired Smith to work on illustrations and seek guidance to get it published.

“I was excited that our book was published and that everyone can see it,” Luvonte’ said.

While the family only earns $2 from Amazon per $10.99 book sold, Smith said it’s icing on the cake.

“For me, I felt like the boys can inspire another child to think they can write a book,” she said.