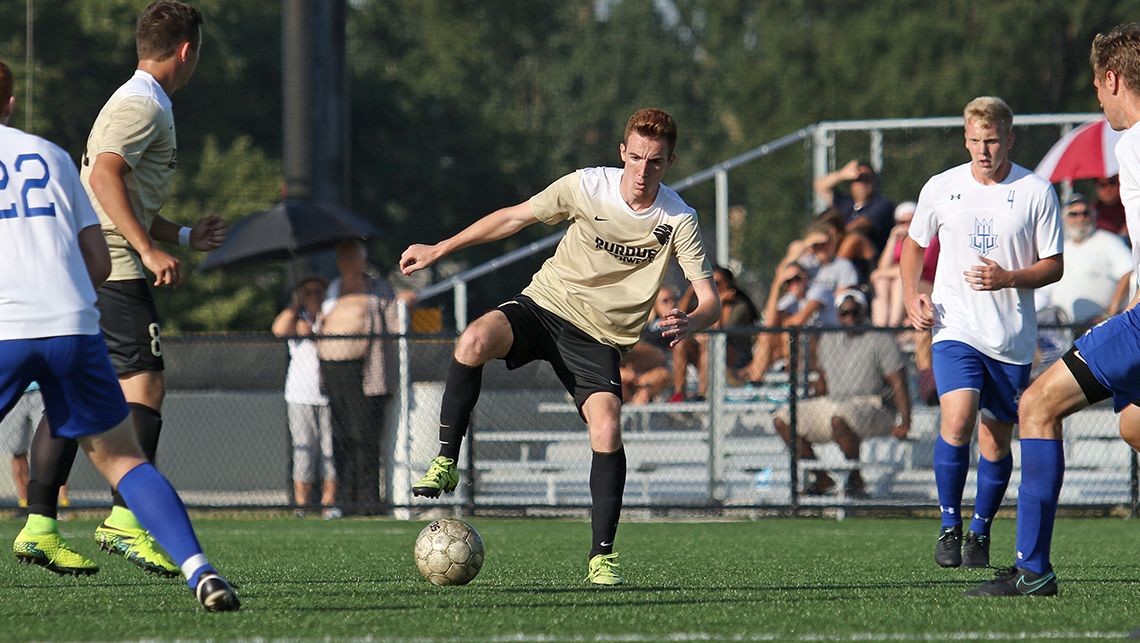 The Pride (1-2-1) out-shot the Knights (1-1) 14-8 with nine of those shots on goal, but a goal in the final minute of the match by Joey Radcliffe proved to be the deciding factor.

Purdue Northwest tallied three shots on goal in the opening half while holding the Knights to two shots, zero on goal in the first 45 minutes of play.

The second half showed a few more scoring chances for Marian, but junior keeper Miguel David (Bonita, Calif./Bonita Vista) would record a pair of saves, sending the match to overtime still tied at 0-0.

After a scoreless first overtime period, the Knights would find the back of the net on a rebound goal by Radcliffe, which gave Marian the double-overtime victory.

Marian was led by Hayden Gorall who notched three shots, one on goal, while keeper Tyler Blattner earned his first win of the season recording eight saves in the match.

The Black and Gold return to action Sat. Sept. 3, in a non-league contest at Bethel College at 2:00 p.m.

Purdue Northwest Teams Kick Off Fall Season Thursday
The Purdue University Northwest men’s and women’s golf teams will kick off their fall seasons on Thursday when they participate in the Governors State Invitational.

The 36-hole contest will start at 8 a.m. on Thursday morning at Lincoln Oaks Golf Course in Crete, Ill. , before finishing the final 18-holes Friday morning at 9 a.m. at Balmoral Woods Country Club.

The Black and Gold will bring back an experience group of golfers to this year’s squad, with senior standout Patrick Mudd (Crown Point, Ind./Crown Point) leading the way in his final collegiate season.

This Invitational also marks the first event in the inaugural season for the PNW women’s golf program.

Both teams will then be back in action on Sept. 16, when the Black and Gold host the PNW Fall Classic at Green Garden Country Club in Frankfort, Ill.