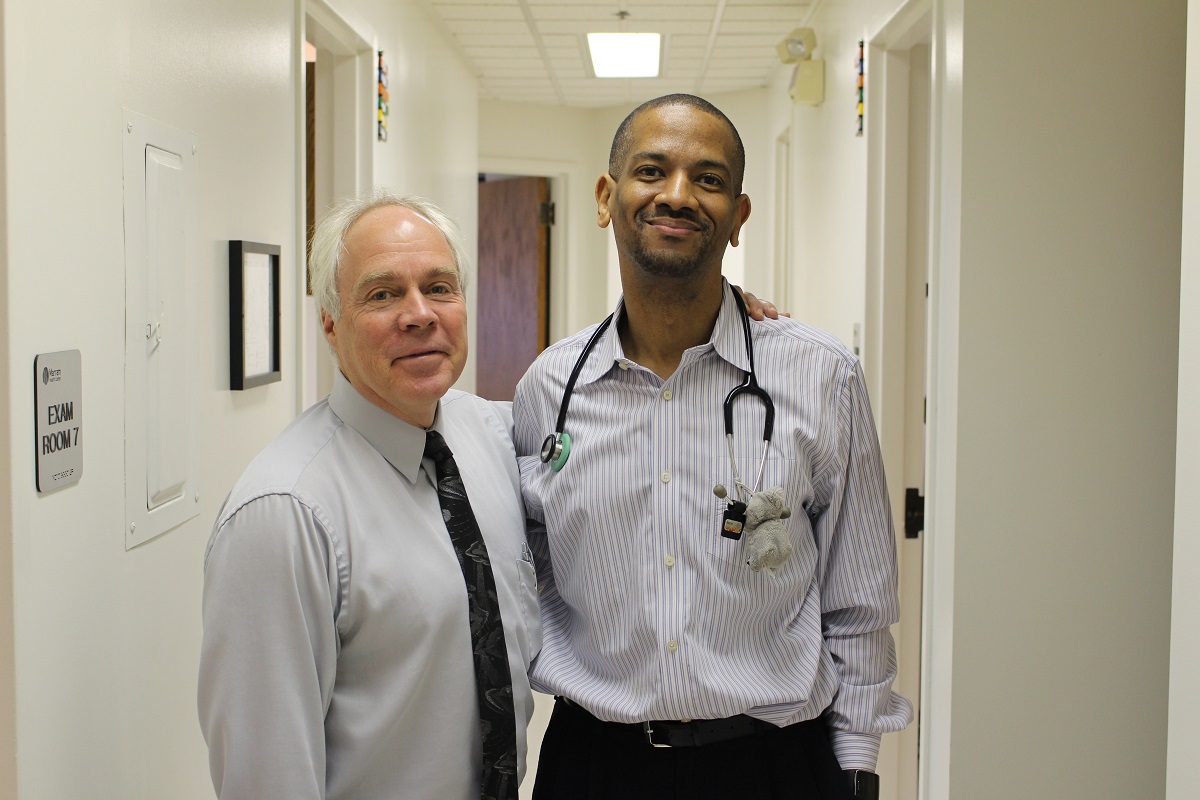 Dr. Roland Walker, Medical Director at Marram Health Center, feels a strong connection to Gary, IN. He was born and raised there, so he feels compelled to give back to the community he called home.

As many know, Marram Health Center opened only a few months ago. It is a Federally Qualified Health Center (FQHC) that came to be because of a grant that Dr. Walker, Rocco Schiralli (President/CEO of Porter-Starke Services), and Denise Dillard (CEO of WDS Group and consultant for Methodist Hospitals) worked together to procure.

Marram is not the only practice that Dr. Walker is part of. He has another practice with locations in La Porte and Gary called Walker Medical Office that he opened in 2006 with his wife Chantel, who is also a pediatrician.

Dr. Walker got into the medical profession thanks to the support and encouragement of family and friends. He found that pediatrics was his niche and followed that path to where he is now. He graduated from the Chicago School at the Rosalind Franklin University of Medicine and Science in 2001 and completed part of his residency at Methodist Hospital in Gary.

“I found that I really love helping people,” Dr. Walker said. “And I really like working with kids. I am really excited to be able to do work in Gary because I grew up here and I feel like I can leave a legacy behind. I’m very fulfilled being here.”

Outside of work, Dr. Walker is an avid distance runner. This year he believes he has a shot to qualify for the Boston Marathon. He also dabbles in music. Piano, singing, guitar… he said that this is what keeps him calm and happy when he gets stressed. What makes him the happiest is his family. He loves to spend as much time as he can with his wife and daughter. You can often find him on the field with his daughter, coaching her baseball team.