On April 13, Kouts held its 2018-2019 prom! Ms.Dick, who heads the Kouts’ high school/middle school media center and the Kouts’ Poms Cheer Team, put together a beautiful rendition of the theme ‘Fire and Ice’ for this famous night of fun for the upperclassman. Juniors and seniors adorned fabulous dresses and glamorous suits as they partied the night away on the dance floor, only taking breaks to enjoy the photo booth or the leftover treats provided.

Blue and red accents littered the entire venue, and a show-stopping sign directed the students into the correct room in the large hall. Becca Herr, a senior and aspiring artist, created the sign, which was one of the more magnificent details that evening. The winners of prom king and queen, Serena Birmingham and Chase Nelson, shared a dance soon after being crowned. After the applause had died down, the rest of the upperclassman stormed the dance floor, attempting to drag many of the attending chaperones into the heap of students as well. Many headed home tired, but the night was unforgettable thanks to the hard work by students and staff at Kouts High School.

As the 2018-2019 school year dwindles to an end, the pressure is on for high school students, especially seniors who are impatiently awaiting graduation. It’s been a struggle for many to find motivation, and last-minute projects, tests, and finals aren’t helping the lack of work ethic. The almost-graduates were assigned a project around the beginning of April, leaving them a month to create a business idea and plan strategies out as if in real-life scenarios.

The project stretched between the high school economy teacher and an English teacher. Students discussed things such as location, projected profits, startup cost estimates, permits, social media platforms, demographics, and much more in front of a panel of judges, which consisted of current and previous staff members. Some students covered things like shooting ranges, country clubs, and grooming services for animals. Many groups made T-shirts, and met with actual owners of the land that they picked out for their hypothetical businesses. Hard work pays off!

The junior job shadow stress has come to an end for Kouts upperclassman. Though glad the pressure is over, most are left with a feeling of solemnity as they reminisce on their time spent with their shadows and the experience they had working throughout the day. Of the individuals that chose to participate in a survey on the experience, over 50% partook in a type of trade skill, while another 22% participated in medical, followed by 14.6% in business and entrepreneurship, and 12.2% in law. A whopping 85.4% said shadowing gave them an idea of what they wanted to pursue after high school. Kouts is one of the few schools in the area that allows students to participate in such a life-changing experience, and 97.6% of those surveyed expressed an interest in sharing their experiences with other schools.

Students and teachers hope to reach out to fellow schools in the district to talk about the benefits of the hard work and dedication put into preparing for an individual’s shadowing experience. 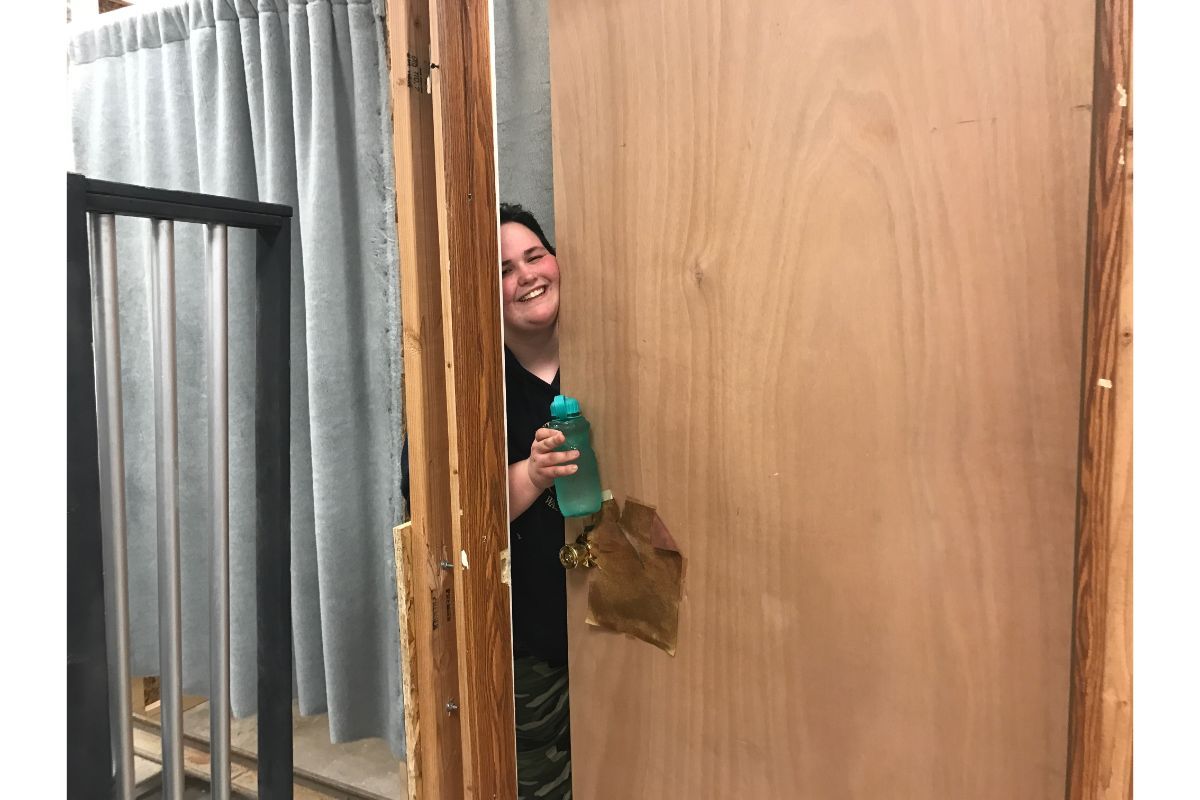 After weeks of hard work, the Kouts Drama Club is drawing close to opening night of Thirteen Ways to Screw Up Your College Interview and Writers Spotlight, a collection of small scenes and stories that were created by the cast themselves. The team worked tirelessly to perfect acting, lines, music, lights, and set design. A handful of students have been working for long hours with this year’s new director, Meg Belle, in an attempt to dazzle the audience with the dedication put into every detail of the play.