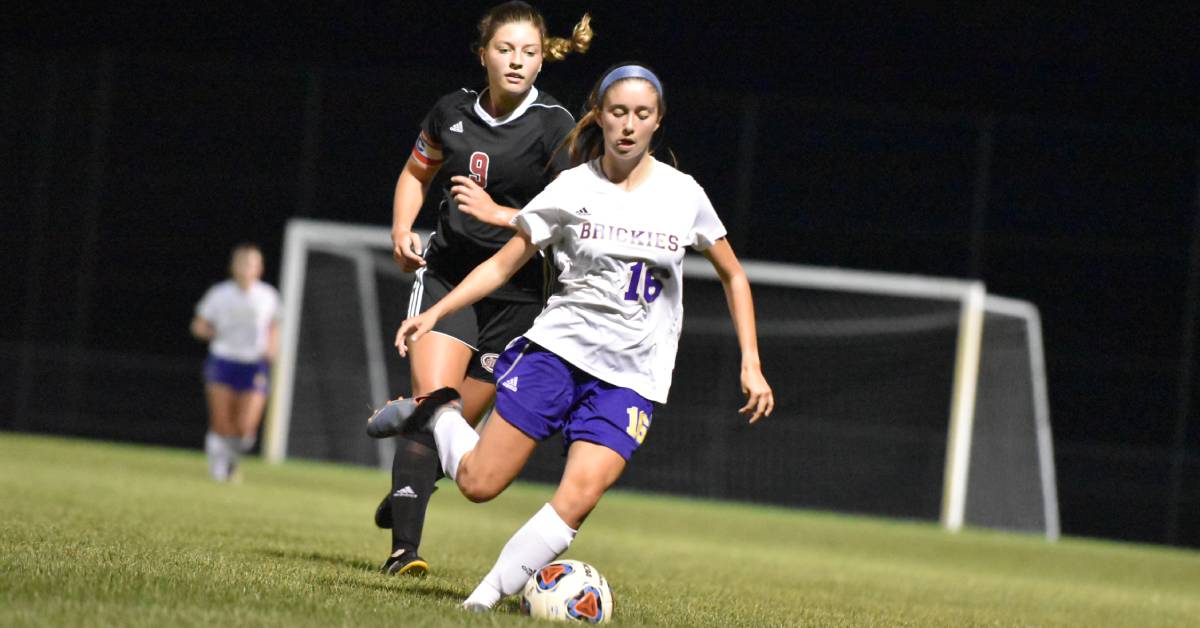 The Lowell High School Red Devils hosted a home turf game tonight and took on the Hobart Brickies. The Red Devils, Coached by Jessica Hayden were looking for redemption.

Alyssa Durall, forward for the Devils, was excited to face off against the Brickies.

"I think we have a good chance to win," said Durall. " We are all really motivated to beat Hobart. Last year it was a big game for us when we played them. We went into PKs and we ended up losing, so that’s really motivating us."

The anticipation was mutual.

"I'm really excited. It was a close game last year, " said senior Brickie Lauren Romeo. "I think we are a really good match. Our games this season have been really close. The ones that we’ve lost were played against good teams."

Coach Hayden was looking forward to the match.

"It's going to be a good game. We are prepared. We are physical, and we are going to play as a team. We have been practicing really hard and coming together as a unit. Our season started off good with a little rough patch for two games in a row and our last game was canceled, so we are ready for tonight."

Riley Midkiff, center back for the Red Devils defense, was feeling good about the game.

"I think if we communicate and work together as a team, we can definitely win.  Sophie Wright, our midfield, is back tonight, and a player to watch with fresh legs so we should win this game."

Brickies started the game off with possession of the ball, but it was the Red Devils who scored just minutes into the game thanks to a goal by Morgan Hutton.

After a handball and a corner kick, Senior Aubry Banek scored the second Red Devil goal.

With 18:22 left in the second half, Alyssa Durall sent a beautiful cross pass to Payton Gard who launched the ball into the back of the net bringing the Devils 3 to the Brickie's 0.

It looked as if the Brickies were down, but with 6:22 left in the first half, the Devils goalie came out of goal and a collision with another player allowed Brickie Cecilia Provins to score their first goal.  A free-kick by the Brickies and a subsequent fumble in front of the goal allowed Grace Nestich a goal bringing the Brickies closer.

Tension and excitement were high as the score was Devils 3 Brickies 2 at the half. With 30:10 left in the second half Gard gains another goal widening the lead from the Brickies 4-2.

With less than a minute left in the game, it looked as if it was headed to another shoot out. But then Nestich landed the ball in the back of the net for the Brickies with just 51 seconds left in the game.

The Red Devils fought, but in the end, it was the Brickies who won the game 5-4.