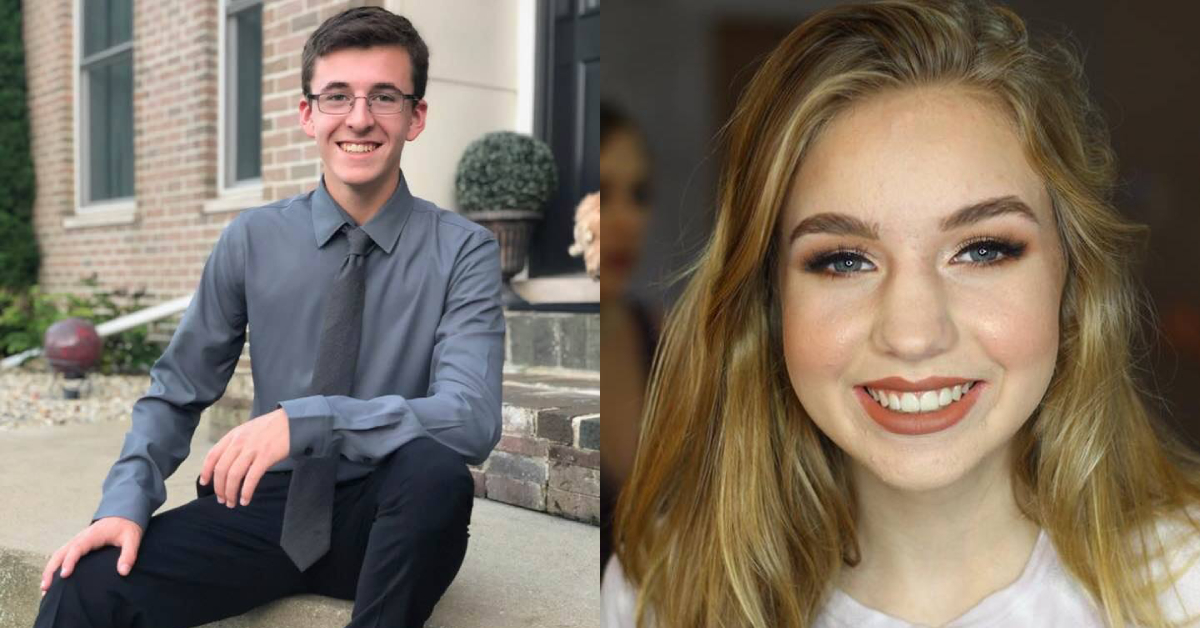 Chesterton High School sophomore Ben Seely was out for a bike ride with a group of friends a few weeks ago, when suddenly, he heard the telltale sound of rubber screeching on pavement.

Seely made a split-second decision and biked back towards the accident site. Approaching the car, he couldn't see the driver because the side airbag had deployed, so he had no idea what to expect. All he knew was that the person inside that car would need help.

"I was worried for them. I thought to myself, people that were just in a car crash aren't going to be thinking clearly," he thought.

The driver of the damaged car, Valparaiso High School junior Isabel Blaney, was navigating her way home from ACT tutoring. She had pulled out a little into the intersection to check for traffic around the end of a cornfield and was almost immediately struck by an oncoming car.

The force of the accident completely caved in the driver’s side door, partially trapping her in her seat.

“This guy, Ben, came over to my broken window and he was like 'do you need help?' and I said 'yeah, I can't get out'," Blaney recalled.

"I tried the door and it didn't work,” Seely said. “So I went around to the other side, opened that door, and helped her out. I chilled with her on the side of the road and talked with her for a bit."

Although she can remember the moments leading up to the crash with perfect clarity, Blaney said she was definitely devolving into a state of shock by the time Seely made it to the door to check on her.

"It's hard for me to remember all of it. I kind of went into shock,” she said. “But I remember he had me sit down and he sat next to me. I was freaking out, my whole body was shaking and I was crying. He called my mom on his phone and he held my hand and he asked me about having dogs and stuff, just trying to keep my mind off of it."

"He was really nice and I'm just so glad that he was there," Blaney continued. It takes a lot of courage to go help a freaked-out girl out of a car with glass and blood on her, and he wasn't even scared. He was just so calm.”

Seely attributes his presence of mind to his dad, Tom Seely.

"Lead by example. That's what he taught me," Ben said of his father.

For his part, Tom Seely said he was proud, but not surprised, when he heard about his son’s actions.

"It took a lot of guts, so I'm very proud that he didn't run and he didn't avoid it. He did what was right," Tom said.

As far back as elementary school, he recalled, Ben had always been one to care for others.

"In third grade, I had a mom come up to me and say that they prayed over the summer that Parker would have Ben in her class because he always kind of looked out for her," he said.

After Blaney recovered from the accident, she sent Seely a text to tell him how much she appreciated him for being there for her.

"I'm glad that I was able to thank him and be able to talk to him when I wasn't freaking out," she said.

They’ve stayed in touch, continuing to text each other life updates and homecoming plans.

"We're kind of like friends now, which is good," Blaney said.

Blaney herself is well acquainted with the importance of sharing kindness with strangers after she and a group of friends spontaneously helped a couple get engaged.

Isabel’s mother, County Commissioner Laura Shurr Blaney, expressed deep gratitude for Seely’s support and acknowledged how impressive it was that he jumped into action when he did.

“I often hear people critical of Ben and Isabel's generation for a lack of compassion and an inability to interact face to face. Ben completely proved them wrong. No one would have blamed Ben for riding his bike straight home that day, but he stopped and he acted,” she said. “I'm extremely grateful. There's a silver lining to every story. In this one, it's Ben.”