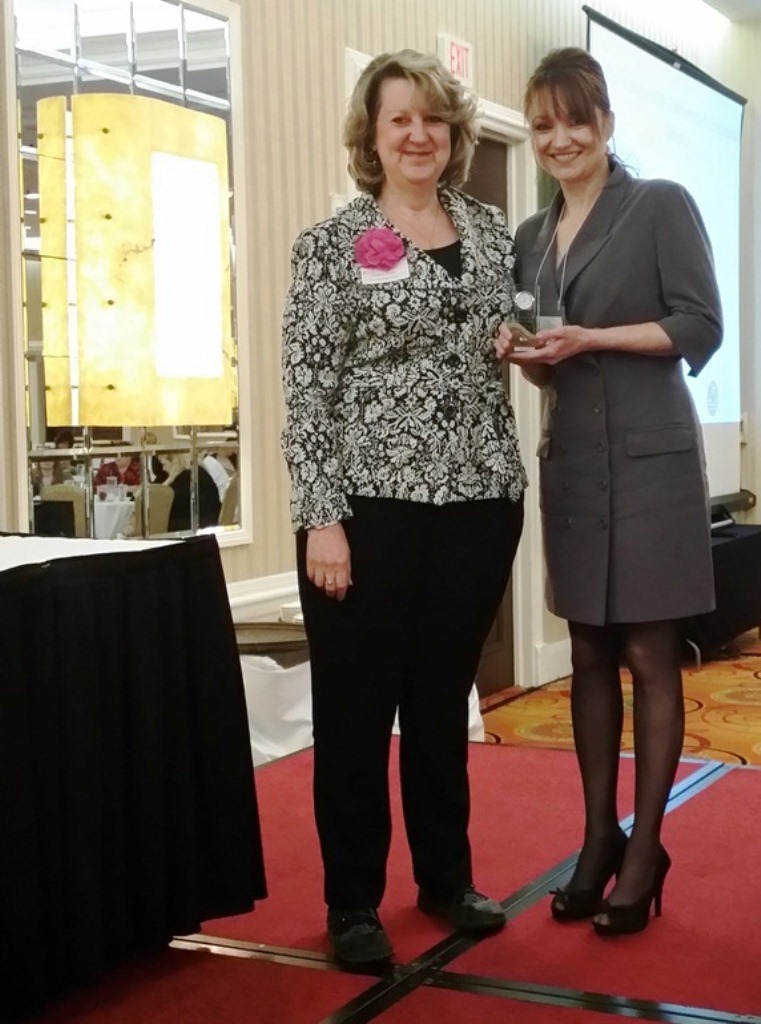 Michelle Resendez, regional coordinator of Franciscan Alliance’s Center of Hope program and a board-certified forensic nurse, recently was selected an Outstanding Medical Professional during an annual awards presentation by the Indiana Coalition Against Sexual Assault in Indianapolis. She was nominated by Caroline Fisher (also shown), who is with a Center of Hope program at Franciscan St. Francis Health-Indianapolis. Resendez said she was “shocked” and pleased to receive the honor, but added, “I see this as more of a collaborative effort with our staff and the communities we serve.” She has been in her position nearly two years.

Among her duties, Resendez consults with physicians and works with prosecutors in evidence collection and identification. The local Center of Hope program was developed in 2002 at Franciscan St. Margaret Health to provide care for victims of sexual assault and since has expanded to Franciscan St. Anthony Health-Crown Point, Franciscan St. Anthony Health-Michigan City and its Chesterton Health and Emergency Center. Care is coordinated between nursing and medical staff members, patient advocacy representatives and law enforcement to reduce the number of times a victim must repeat the traumatic details of the event. The Northern Indiana Region has 24 sexual assault nurse examiners, who have received specialized training to perform forensic examinations and to collect forensic evidence for victims of sexual assault. In 2013, region hospitals provided care for 108 adult victims of sexual assault. The program currently is limited to adult victims, but will be expanding in the near future to include pediatric victims. For more information, call Resendez at (219) 757-6021.