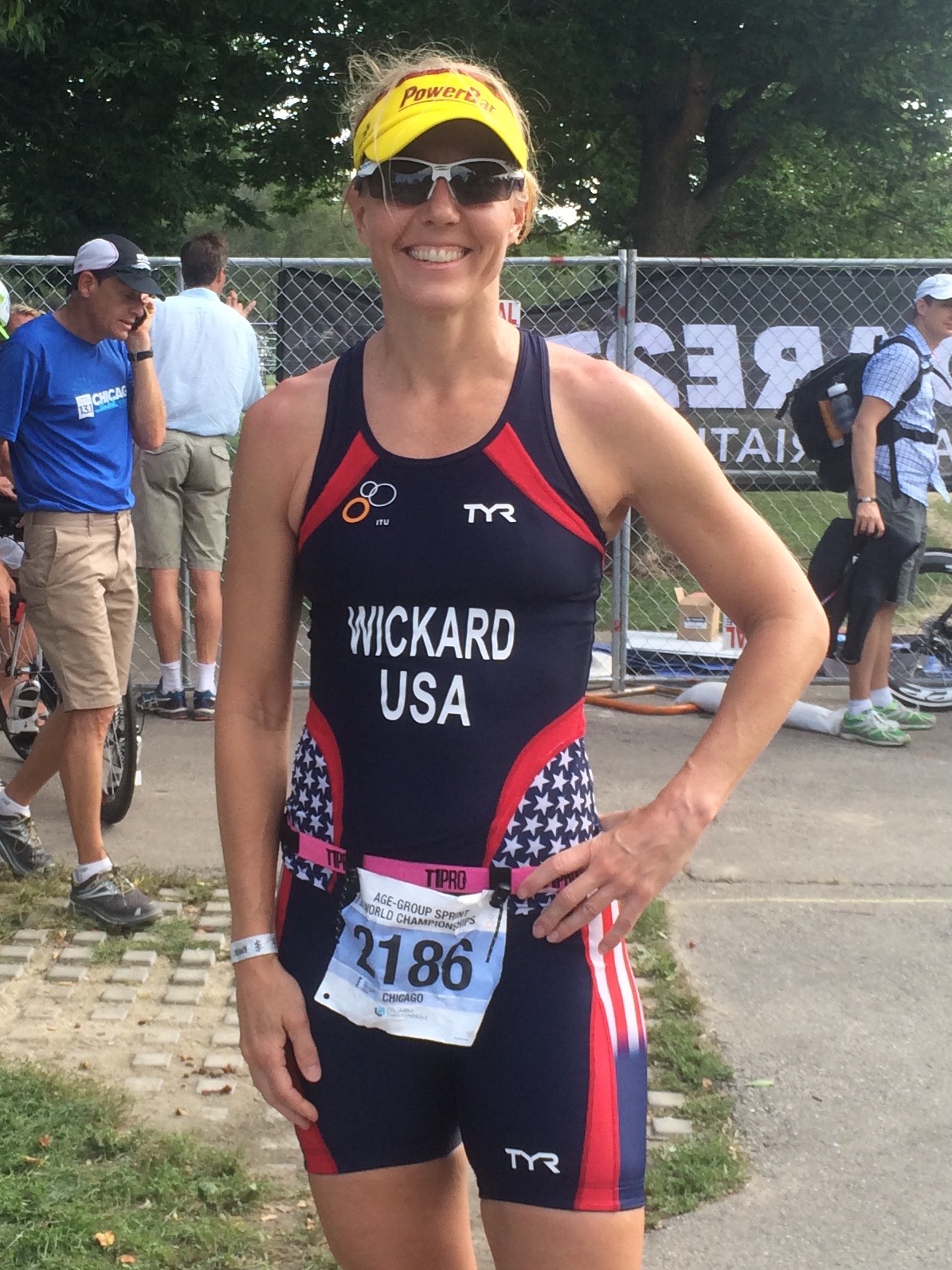 Chris Wickard, a native of Crown Point, IN, competed for team USA at the ITU World Triathlon Championships, held in Chicago last weekend.

Not only did Wickard compete against the world's best triathletes, but with a time of 1:12:15 she also earned a 4th place spot in the Age Group Sprint-distance race. In the Olympic-distance event, she was 16th with a time of 2:07:41.

Wickard, who has been plagued with ongoing hip issues, was pleased with her Sprint-distance finish. "I was happy to finish fourth in the sprint," said Wickard. "This year has been difficult for me being injured the whole season. The Olympic-distance event was disappointing. I wanted to end the season having fun, so I decided on the bike just to smile and have a good time."

She earned her spot on Team USA last year, after placing in both the Sprint and Olympic-distance triathlons, at the 2014 USA Triathlon National Championships, in Milwaukee.

She is no stranger to racing against some of the world's top triathletes and has been competing in triathlons for the past 18 years. In 2008, she competed for the first time on team USA in Vancouver, Canada. Then, in 2012 in New Zealand and in 2014 in Edmonton, Alberta. 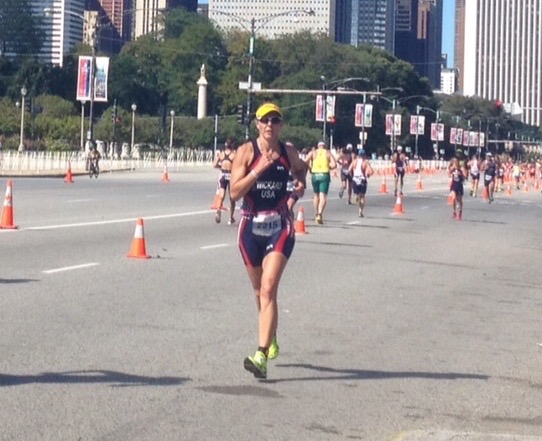 Again, this year at the 2015 USA Triathlon Championships in Milwaukee, Wickard earned 1st place in her age group in the Sprint-distance triathlon, with a time of 1:11:02. She also took home 7th place in the Olympic-distance event with a time of 2:17:31. The races qualify her for next year's team USA at the 2016 World Triathlon Championships in Cozumel, Mexico.

"I am planning to take some time off next year to rest and heal and spend time with the family," said Wickard. "I have had a great run with 4 National Titles and 1 World Title."

When asked if she will continue racing, Wickard was optimistic, "I love the sport and the people, so only time will tell."

Chris Wickard is a member of NWI Triathletes, a local triathlon club in Northwest Indiana. She is also a USA Triathlon certified coach and has been coaching some of the area's top triathletes for the past 3 years.