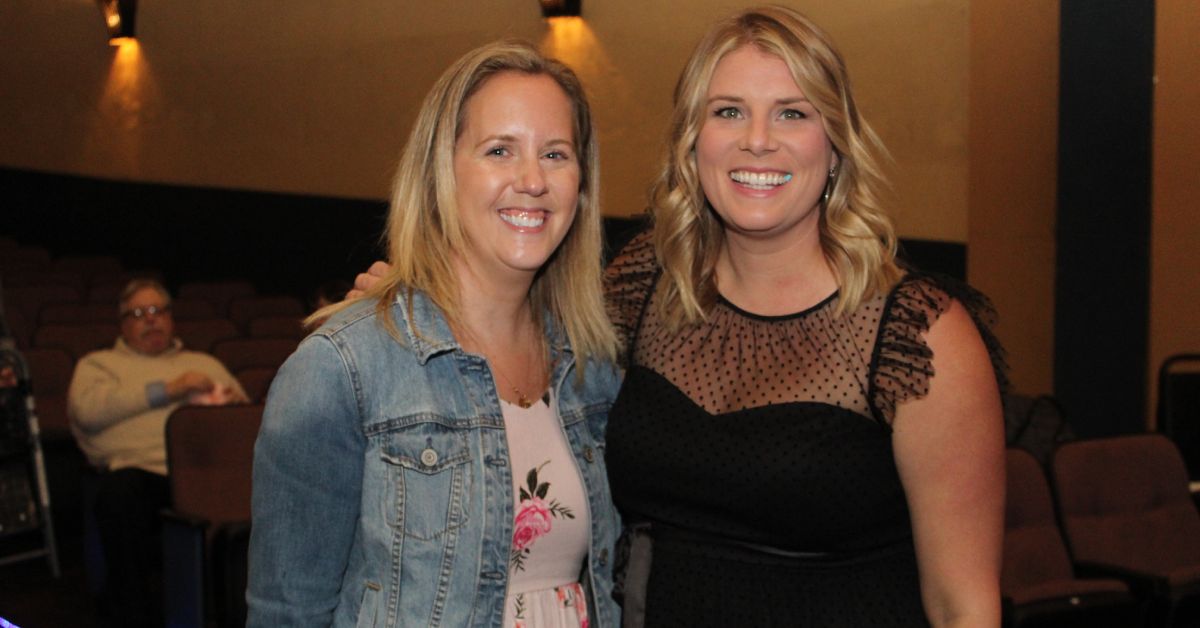 Everyone has a unique relationship with motherhood – be it mothers themselves, the kids they’ve raised, their partners, or even others. On Sunday afternoon, the annual show Listen to Your Mother brought a number of Northwest Indiana writers to the stage at Hobart’s Art Theatre to illustrate those relationships, and the color they brought to their lives.

The subject of the stories ranged from funny to sad, uplifting and inspiring, from the perspectives of weary preschool moms, to children wizened by their mothers. The only qualifier for each story was that motherhood stood at its core.

“They cover every facet of motherhood that you could imagine,” said Carrie Bedwell, who served as both a speaker and the show’s producer/director. “It’s really important to get those stories out there because stories are profound. There’s going to be someone out in the audience that relates to these writers and realizes they aren’t alone.”

For her piece “A Special Place for Mothers and Sons”, Bedwell illustrated the tale of her and her young son encountering the mother of a young man memorialized at their favorite spot to spend time together – a park bench along a lake.

“After the show, people will come up to us and tell us how our stories impacted them,” she said. “It’s hard to explain, but you leave feeling changed.”

Bedwell’s been producing the show for half a decade now, but a number of the writers who shared their stories were novices to this kind of production. Ericionia Gates, a former student of Bedwell’s, was one of them.

“Once she explained to me what it stood for, I was excited to audition because I felt like I had a story to tell,” she said. “Putting this together, I was able to go back into the past, rehash the events that happened, and see the beauty that came out of my experience where I wasn’t able to see it before.”

Gates’ story “Hey, Ma,” was told as a series of voicemails to her mother, each new message revealing a new piece of Gate’s experience with an apparent miscarriage, experience with healthcare, and the eventual birth of her child.

“During that experience, I didn’t know any other women that openly shared their story,” Gates said. “Then once I was going over it I heard a lot of ‘me toos.’ So I feel like getting my story out there will help women beforehand to have my story to reference, and to show women going through it camaraderie in what we’ve been through.”

Another Listen to Your Mother writer, a journalist named Amy Lavalley, is used to telling other people’s stories – but taking the stage to share her own was a fresh experience.

“For me, this was very reflective,” she said. “It’s about my late mother, and also involves a little bit of my late father. For me, showing tradition isn’t as important as honoring somebody, even if you don’t do it in a traditional way.”

During rehearsals and as she started to share her piece with others, she quickly realized just how much an event like Listen to Your Mother can mean to someone.

“It made me realize how much power personal stories can have,” she said. “Power in terms of moving other people and making them think.”

A portion of Listen to Your Mother ticket sales were donated to St. Jude House, a shelter and service center serving victims of domestic violence. To learn more about St. Jude House, or to make a contribution, visit www.stjudehouse.org.