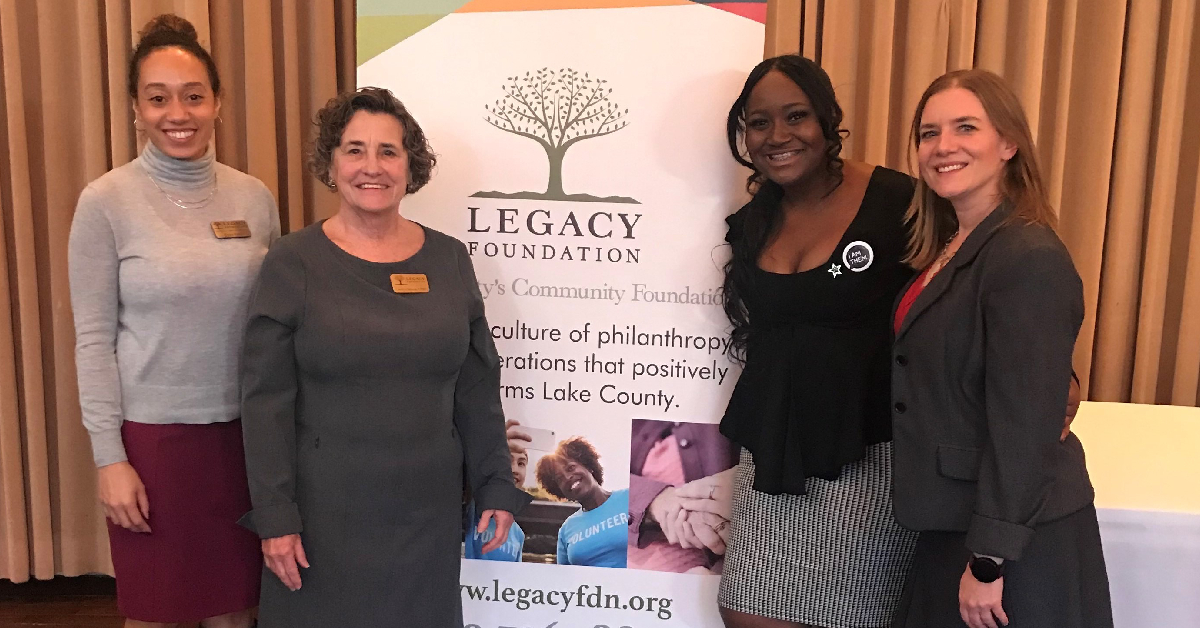 In 1992 a small group of citizens gathered to form the Legacy Foundation, equipped with a $2 million matching grant from Lilly Endowment Inc. and the desire to create a long-term source of income to support charitable work in Lake County, Indiana. Over the years, Legacy Foundation has distributed more than $40 million in grants and scholarships and currently manages over 300 charitable funds established by local families and organizations.

One of the Foundation’s most recent programs is the South Shore Neighborhood Development Corporation (SSNDC). In 2019, the SSNDC managed a series of farmers markets in East Chicago and Gary, with funding from the U.S. Department of Agriculture. The markets brought fresh produce stands to areas lacking access to fruits, vegetables and other nutritional foods. The farmers market program, named Lake County Eats Local, will run again in the summer and fall of 2020.

The organization reached an estimated 3,640 residents of Northwest Indiana with its On the Table initiative, funded by the John S. and James L. Knight Foundation. In September 2019, Legacy Foundation hosted its third year of community conversations. The mealtime discussions are meant to spark dialogue among community members about issues affecting their neighborhoods. Legacy Foundation offered 30 $1,000 Community Action Awards and tailored their larger grantmaking program to support participants who wanted to implement solutions.

Legacy Foundation has also seen success with its RiseNWI program. The nonpartisan voter education and engagement program, trains residents to become more involved in local government. RiseNWI partnered with the League of Women Voters of the Calumet Area to collect and publish candidate surveys. The program hosted a series of events to empower residents to canvas and organize around issues that matter to them, and volunteers attended community events to distribute educational information about local elections.

Despite their packed agenda, the Legacy Foundation has undertaken a 2020 Census Initiative to increase participation in the decennial survey. The Foundation provided small grants of up to $2,500 to support coordinated campaigns in communities across Lake County, Indiana, that are at risk of being undercounted, known as hard-to-count (HTC) communities.

Since Legacy Foundation was formed by a group of local residents, it has been committed to the long-term success of neighborhoods and lives in Lake County. Legacy Foundation has forged strong relationships with community leaders and nonprofits by engaging them in problem-solving and decision-making about how we best use our limited resources to provide a good quality of life for everyone in our community. From high school students to older adults, citizens of all ages have benefited from the Foundation’s scholarship and grantmaking programs, guaranteeing that the organization's impact will be everlasting.