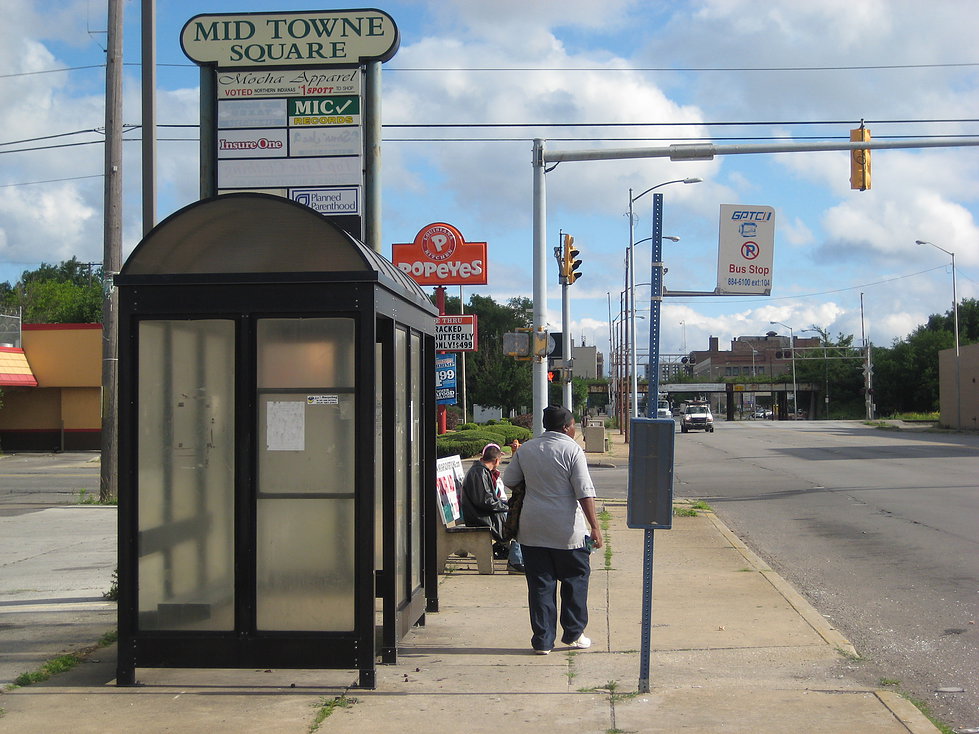 Artists and graphic designers are invited to submit their concepts for art panels, seating, solar lighting, and functional art to be installed within the shelter. Submissions will be accepted until March 15, 2017.

“Once word spread of the Bus Shelter Art Project along the Broadway route in Gary, I started getting requests to expand artistic shelters into Merrillville and Crown Point” said Kelly Anoe, Legacy Foundation vice-president. “I am happy to announce that Legacy and GPTC are working together to respond to those requests."

Broadway Metro Express, the newly named rapid bus service, spans Gary, Merrillville and Crown Point along Broadway from 5th Avenue to 93rd Avenue. In addition to providing quicker and more frequent service, the transit stations will also be upgraded with public art. Last fall, Legacy Foundation and GPTC announced five bus shelters in Gary on the Broadway Metro Express route would receive public art improvements designed by local artists. Now, one stop in Merrillville and one stop in Crown Point will have the same opportunity.

Anoe said, "artistic shelters in Merrillville and Crown Point will create a cohesive look along the entire Broadway corridor.” As in the previous contest, applicants will be selected and paid based on the following criteria:

More information on the design guidelines can be found at: www.legacyfdn.org/busart.php

The upgraded bus stops are part of The Livable Broadway Regional Plan (LBRP), a guiding document for enhancing economic development, land use, and livability within the Broadway corridor. The Broadway Rapid Bus Service is scheduled to launch in 2017 using a combination of local and federal funds. Elements (service, road work and infrastructure) are being overseen by local, regional and state agencies.