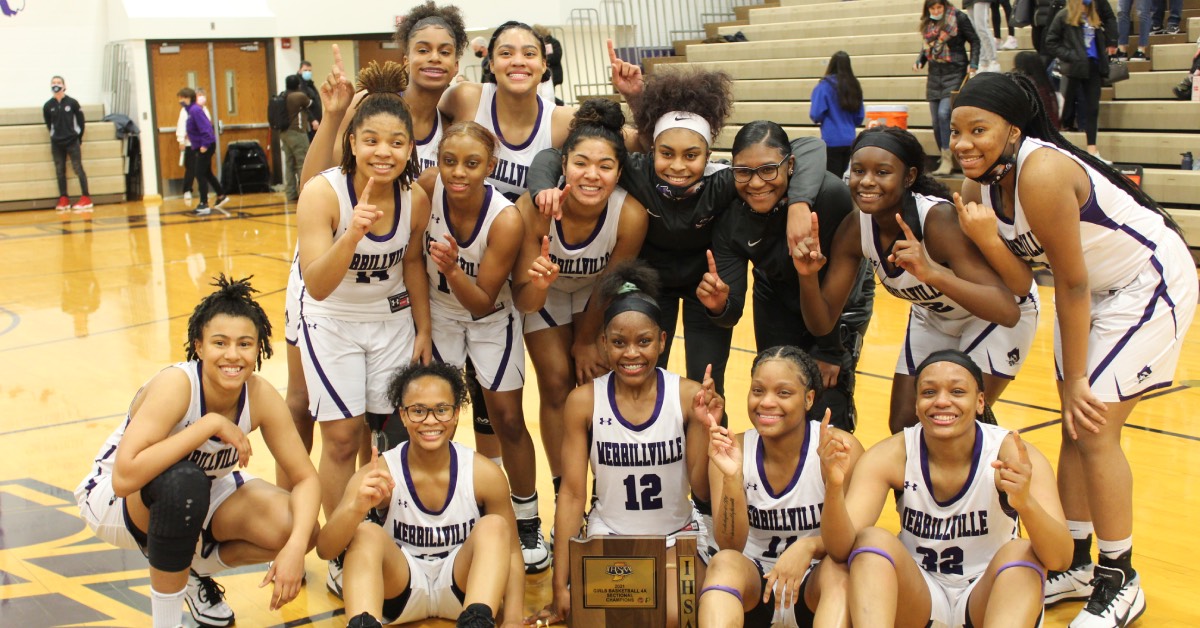 For the first time in four years, the Merrillville Girls Basketball Team is Sectional Champions, having topped the Lake Central Indians 72 to 58.

“It feels great for all of our hard work to finally pay off,” said Torri Miller, senior guard for the Pirates. “We’ve waited for this. It’s our time. It’s our year.”

Miller had what will certainly go down as one of the best games of her career contributing 33 of the Pirates’ 72 points, including four three-pointers and a 17 for 18 record at the free throw line. The next highest scorers were Micah Grady and SaMya Miller, with eight points apiece.

“That might go down as one of the greatest ever sectional performances by one of our players,” said Amy Govert, head coach for the Merrillville Pirates. “She just single-handedly put us on her shoulders. I mean, it was unbelievable play by her.”

Govert relied on Miller throughout the season for her aggressive defensive play which resulted in consistent turnovers in the Pirates’ favor, but the senior was not the most consistent offensive performer.

“She struggled offensively through the year,” Govert said. “But she’s been coming in early, she was the first one in the gym these last few nights, just knocking down shots. I’m so proud of her. That might be the best performance I’ve seen from one of my players since I’ve been here.”

That is heavy praise from Govert, who has coached the Pirates since 2005.

“It felt great to finally have my shots fall, to finally get in the rhythm and play my game,” Miller said.

Govert noted this team did not have an easy road to a title. The seniors at its core had to inherit the legacy of five straight sectionals titles from 2013 to 2017 back when they were freshmen.

“I’m so happy for these kids, I don’t think anybody realizes how far they’ve come and the struggles we’ve been through,” she said. “After our last sectional title, we graduated seven seniors. When this group of seniors came in as freshmen, they weren’t ready for varsity, but we played them anyway.”

Without a large group of seniors to lead them, they had to develop the hard way – through losses.

“We thought we’d take our lumps while they’re young, and we got beat up while they were freshmen,” Govert said. “But by the time they were sophomores, we were back to double digit wins. They’ve come so far and grown so much. We love them so much, they’re amazing kids, and I’m very grateful to have the opportunity to coach this group.”

The Pirates are set to face the Penn Kingsmen next Saturday, February 13 in the first round of the Regional Championship.