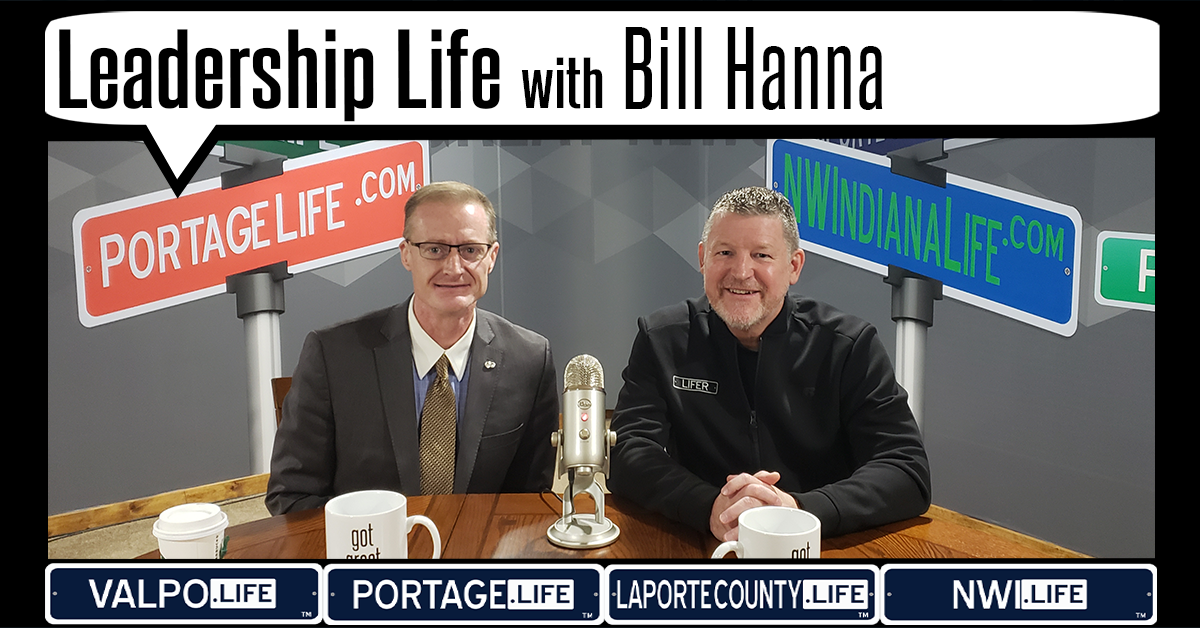 Editor’s Note: Check out this compilation of all the professionals from the region we’ve interviewed for the Leadership Life Series, in one convenient place!

Bill Hanna, President and CEO of the Northwest Indiana Regional Development Authority (RDA), is one of the first people who knew about Life Site founder Chris Mahlmann’s vision to create a media company centered around positivity. Knowing the value that the entrepreneurial spirit can have on communities as a whole, Hanna encouraged him to go for it. Ten years later, we’re still bringing news to the Region in our next installment of Leadership Life, featuring Hanna and his perspectives on transit-oriented development. Before holding this position, Hanna was the City Manager for Valparaiso the Economic Development Director for Valparaiso, and Vice President of the Valparaiso Economic Development Corporation. Hanna earned his Juris Doctor from Valparaiso University, his MBA from National-Louis University in Chicago, and his Bachelor or Science in Organizational Management and Human Resources from Colorado Christian University. Hanna’s military career in the U.S. Army as a paratrooper from 1995 to 1999 included membership in the Army’s Official Presidential Escort and service as the Head Trainer/Guard at the Tomb of the Unknown Soldier in Washington, D.C.

Bill Hanna gives a solid perspective on how Transit-Oriented Development can help create forward momentum in places that haven't seen it in a while.

Leadership & the role of good news

Bill Hanna explores how good leaders recognize that constructive conflict can help create meaningful conversations to push issues forward, and he weighs in on the value of Good News in the Region.

Statewide trust in the RDA

Bill Hanna outlines why there is statewide trust in the Regional Development Authority, including the fact that the Region collectively is a leader in completed, concrete-in-the-ground, quality-of-place improvements.

Data center and the entrepreneurial spirit

Bill Hanna gives keen perspective on how developments like the Hammond Data Center are the result of leveraging the power of state government with vision and determination of local leadership. He also touches on the positive momentum of the entrepreneurial spirit in the Region.