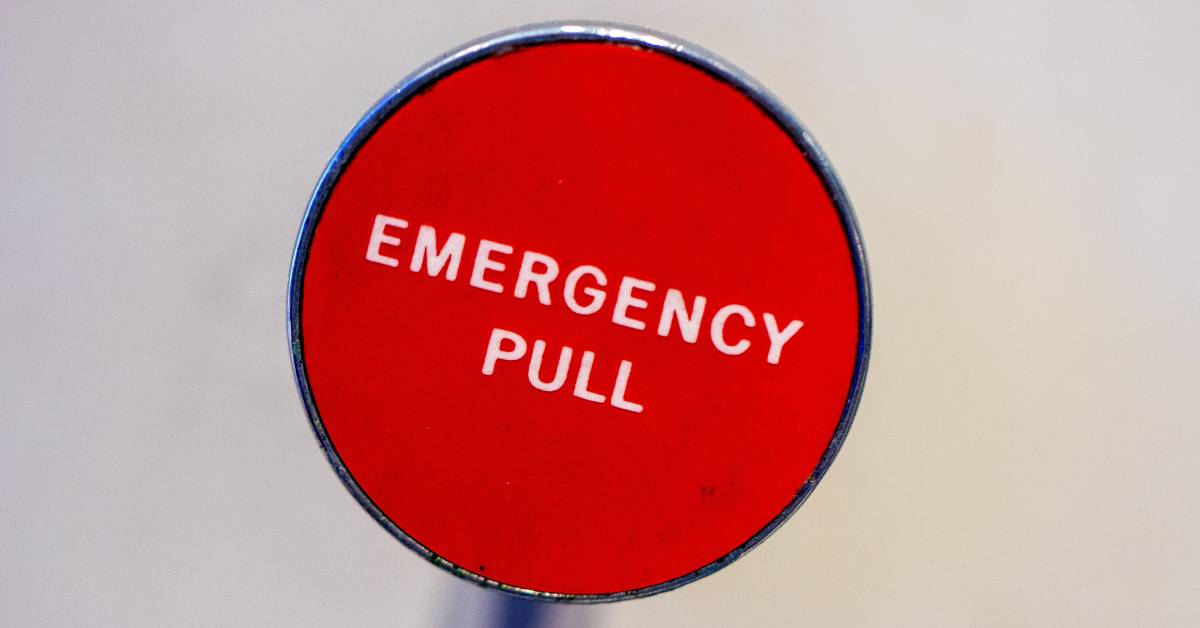 Editor's note: Andrew Grimm is a contributing columnist at GreatNews.Life.

With luck, you have predicted certain business challenges and have a solid plan to manage them, especially in times of crisis. But if you haven’t, there’s still hope to be ready for next time and to learn from the crisis before us today.

I am the executive leader of IT for a health system that crosses more than two dozen counties in Indiana. During this Covid-19 crisis, my health system already had technology in place to support the situation, but I learned from prior experience. Previously, as a member of IT for a multiple hospital system, I faced a variety of crisis moments and I see a lot of parallels between business-level crisis management and what we’ve needed during Covid-19.

Crisis breaks down into four primary categories. They typically follow one another, but during a complex crisis, they certainly can overlap.

During my hospital days, I remember when a pipe burst in a room next to the organization’s primary datacenter. Everything was in that room, from electronic files to the fetal heart monitoring system. The pipe that burst was carrying drainage water from the roof to the sewer and it was a combination of several feet of snow and ice, several stories of pressure, and years of deferred maintenance that gave way on a suddenly warm day.

I had turned to walk down the datacenter’s hallway and my feet were quite literally met with a small wave of water rolling toward me. Ironically, a beachball with the hospital’s logo floated past me a few seconds later.

Take a breath and begin the response. Teams were called in to help with immediate needs before anyone in IT leadership even knew what was going on. Normal process leaves when these events hit. Engineering, environmental services, IT, and more all went to work to divert the water and keep it from the datacenter doors and from encountering electrical wires in the subfloor. The goal was to stay 100% operational, if possible, while keeping everyone safe.

Various senior leaders came to ensure we had what we needed, but mostly the team went to work and the leaders stayed back and focused on approving needed funding and other resources to support the team.

We set up a rapid communication center and were prepared in case the data center went down. It did not, but we were ready.

For Covid-19, we saw the case numbers slowly build in our nation and then climb rapidly. Some have criticized the disjointed approach to immediate response on a national and sometimes state levels. Local communities, though, seemed to pull together well.

Normal rules for healthcare were shut off rapidly, allowing healthcare providers to work across state lines at the top of their skillsets. Companies went from making car parts to making ventilators. We started to use technology in different ways to bring education, services, and information into people’s homes. And each state rapidly began to learn from each other’s best practices to flatten the curve.

That is the first stage of crisis management in a nutshell – it’s trying to rapidly organize a large group of well-meaning folks to march in a direction with a united cause while eliminating barriers. It’s not something you want to do long term because it creates risk, but in a pinch, you do what’s necessary to keep the lights on.

Your company can build policies to this effect to make response more organized, but those efforts are only as good as events are predictable.

The effort to Build Awareness comes next.

At the hospital, we learned we needed to make changes and needed support for those changes. When you get past the crisis, you want to refer to it to ensure you learn from it, which includes taking a candid approach to all risks.

Required changes that need to be made, but are ignored, will often come back to haunt you. Your leaders need to understand the impacts of needed change. In this case, we built a model of the dollars lost per day should the primary data center become unavailable and then triaged risk for things that could disrupt future operations. The triage list included a second flood event, of course, but we did not limit it to that alone.

For Covid-19, our leaders had to sell us on the changes that needed to happen to flatten the curve. This is where the education about the disease, the predictive models of the potential mortality rate, and the plans to isolate and socially distance came into play. Just like the hospital flood situation, it was impossible to affect change without the stakeholders knowing about it and supporting it.

For recovery, the hospital opted to stop using the subfloor for power distribution and scoped a project to run all the data center’s power overhead. We reduced the entry doors to the data center from four to two, removing two doors that adjoined to the room with the drainage pipe. Environmental services and engineering removed walls and carpet and rebuilt rooms to ensure there was no ongoing risk of airborne infection.

For Covid-19, recovery will likely involve our health systems returning to more normal practices but with more on-hand inventory in the event of a second wave of the virus. We’ll see stories of perseverance and tragedy, and we will move on as we always do. Society may also encounter changes in social norms like the handshake becoming less socially expected or acceptable.

That brings us to sustain. This is the effort to ensure that the changes implemented continue to protect over time. For the health system in the flood, that included engineering rounds and preventive maintenance on the drainage system, changes to the long-term IT plan, a water sensor in the subfloor, and future plans to improve power and cooling redundancy to the primary datacenter. In these cases, where the plan takes years to execute, you need to keep referring back to the impetus for change, especially as new pressing concerns arise.

For Covid-19, sustain could mean quite a lot of things. It could mean keeping a larger stock of required on-hand inventory for infection control in hospitals (rather than ordering just what you need for the short term). In other industries, it could mean new sanitation practices in shipping and receiving, new national universal practices to guard against hoarding of goods during emergencies, or even new emergency management practices for pandemic events. We could see some of the adjusted rules for healthcare practices stay permanent, like delivering care virtually to patients in their homes or fewer restrictions on providers practicing medicine outside of their primary state.

Crisis management can be anything. It can be something at a micro-level in your life or a macro-level that involves whole governments or the world. The best possible news is that every crisis scenario I’ve experienced usually creates a uniting force in those who work together to overcome it. If ever our world needed an opportunity to unite and come together, it’s now.

I hope whatever the crisis is you have to manage, that you manage it well, together.

Andrew Grimm holds a master's degree in healthcare administration and a bachelor's in science for IT management. He’s worked in healthcare for over 20 years and he’s been in leadership positions for well over a decade. Andrew’s early experiences with leadership include being a team leader in a fast-food franchise and a leadership position as an intern for Walt Disney World. He’s presently a vice president for a health system in Northern Indiana. Andrew is a La Porte native, where he lives still with his wife and two children. He has several hobbies including gardening and various attempts at woodworking and remodeling.