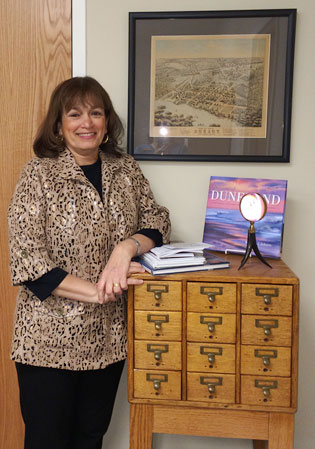 Mrs. Grandfield graduated from the University of Illinois with a Masters in Library Information Science. Prior to joining Lake County Public Library, she was a Children’s Librarian at the Brunswick Branch Library of the Gary Public Library system. After a ten year hiatus of raising her three children, she returned to join Lake County Public Library in 1986. Mrs. Grandfield held positions as a Reference Librarian, Head of Reference Services, and as Assistant Director from 1998 until her appointment as Director in 2012. Mrs. Grandfield’s mantra as an administrator was “being relevant” to library users with a focus on services, educational programs, and reading materials.

During her time as Director, Ana was very involved in the renovation and expansion of the Merrillville Branch Library that was completed in 2013. This project received the Landscape and Architectural Excellence in Design Award by the CrossRoads Regional Chamber of Commerce. She was also in charge of overseeing the construction of the Griffith- Calumet Township Branch that was also completed in 2013.

Mrs. Grandfield was instrumental with the decision to refinance the library's bond, which resulted in saving the library taxing district $3.6 million and retiring the debt 3 ½ years earlier than planned.

Retirement plans include reading all the books she had planned to read, community service, traveling with her husband of 44 years, Dr. Stephen Grandfield, and enjoying her family and grandchildren.