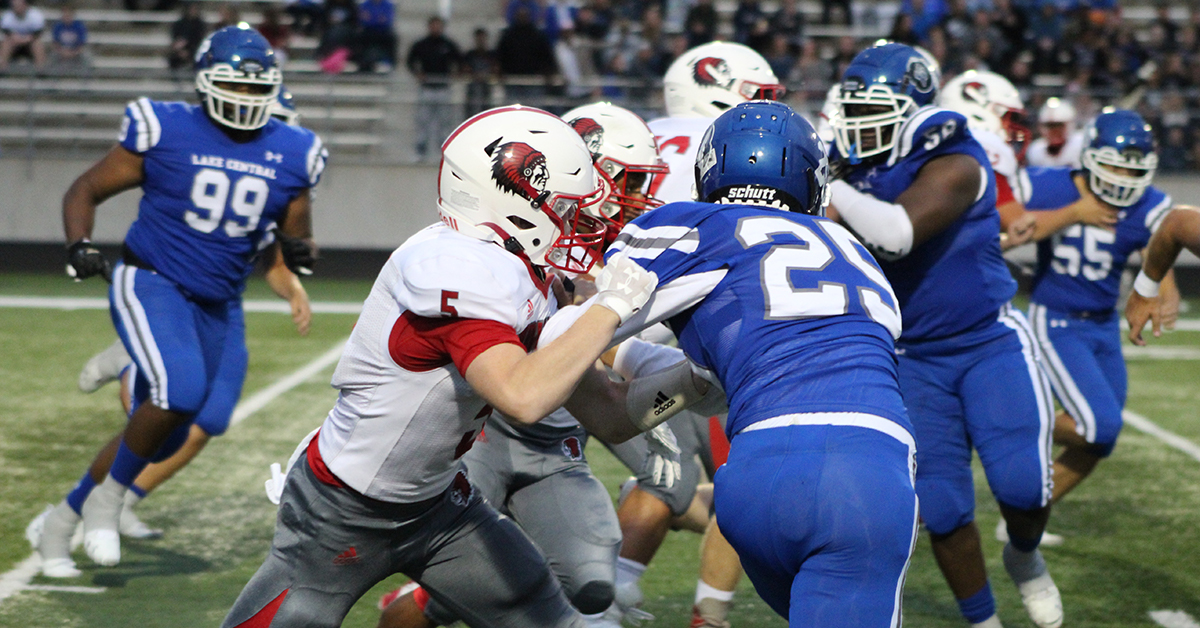 Lake Central earned redemption after their shutout loss to Morton last week as they took down Portage 30-21 in conference play.

Tony Bartolomeo, Lake Central Head Coach, knew going into the game it would be a tough one to win. Portage was coming off a 35-9 win against the always strong Lowell, while they had fallen 20-0 to Hammond Morton.

“I expect their best shot so we’ve got to come ready to play,” Bartolomeo said. “It’s a DAC game and we’ve got our work cut out for us. We stumbled a little bit against Morton but make no mistake, they’re a good football team.”

Portage lived up to their reputation early in the first half, scoring a touchdown within the first minute and playing lockdown defense. They built a 13-0 lead quickly, but their play loosened and Lake Central started finding holes. Lake Central’s senior running back Felix Garcia was the key to their game, rushing 177 yards to earn three touchdowns. He ran circles around a Portage defense that could not find a way to contain Garcia’s aggressive routes. Garcia led the team to a lead that they never let go of.

“They ran the ball effectively,” said Portage Head Coach Darren Rodriguez. “We had some opportunities to make some plays and just didn’t get it done. We’ve got to stay focused and compete the whole game. I give a tip of the cap to Lake Central, they played hard, did a good job, and stuck with what was working.”

Portage did start to rally towards the end of the 3rd quarter as their offense found a rhythm. They cut the lead to three, but with less than 5 minutes in the game, Lake Central once again ran the ball into the end zone to dash hopes of a comeback.

The Indians vs Indians matchup has been lopsided in favor of Portage in recent years, with Friday’s win ending a five-game losing streak for Lake Central. They move on to play Crown Point next week, while Portage will travel to Merrillville to face down the Pirates.