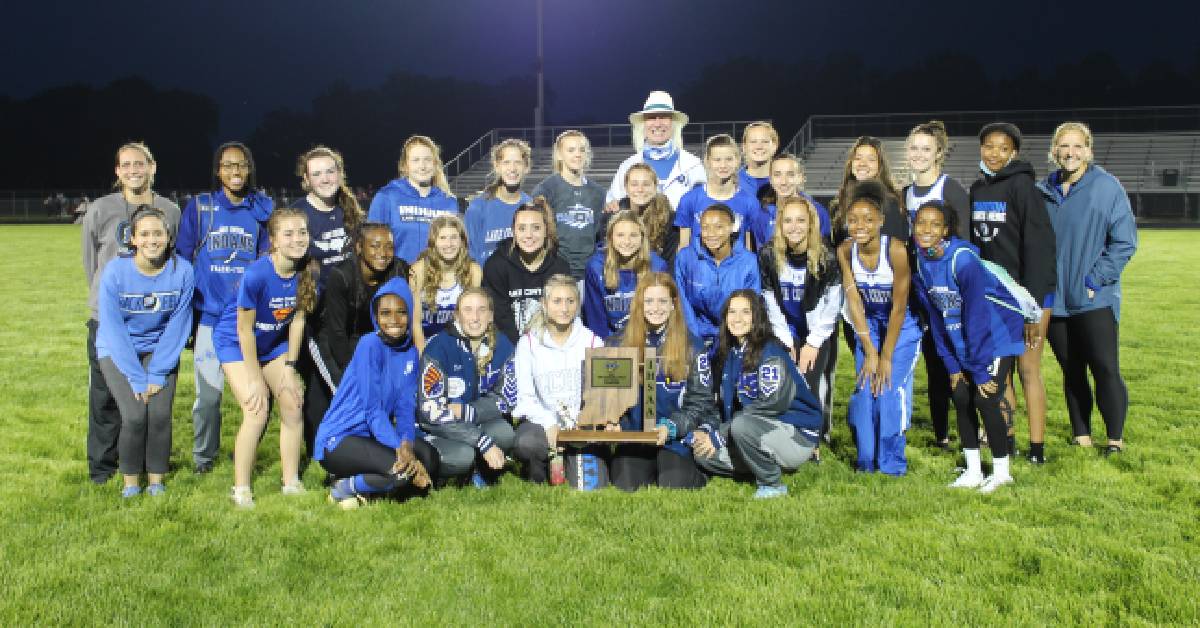 “I haven’t ran in three weeks so I was really scared and nervous,” Fritz said. “There have been some people here that I haven’t ran against all season so I didn’t know how they ran.”

Fritz said she was out the last three weeks because of a pulled hamstring but she felt pretty good.

“I feel like I’m close to where I was at the beginning of the season,” Fritz said of her running.

Eniola Oladeinda and Essence Johnson, both of Lake Central, also earned the team a number of points by taking first and second in the high jump. Gwen Schillings took first in the pole vault.

Another runner to have a stellar night was Karina James from Lowell High School. James not only won the 1600 meter run and helped the 4x800 meter relay team take a first but she also broke a sectional record. James said the season has been different, and she’s run several different races this year that she doesn’t typically run, such as the 400 meters.

“Managing and changing the pace has been the biggest challenge that we have faced this season,” James said of her and her teammates. “Today, we were able to get out and qualify for the relay. The more girls in the regional the better.”

She said going into the postseason she will be focusing on the mile and the two miles to “find that sweet spot.” James and her teammates have been working on a closing speed and it paid off with the wins.