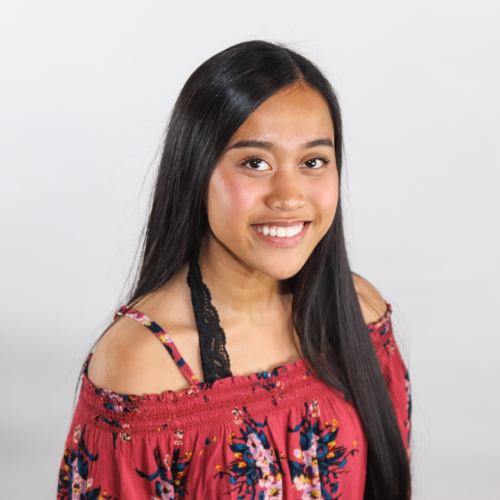 Each year, members of the Junior Class Cabinet plan the details for Prom. Lake Central’s prom was held on Saturday, May 4, at the Halls of St. George. The theme of the event was “In the Stars.”

“We had a few meetings at the beginning of the semester where we would brainstorm different themes and discuss what we would do for each theme. We narrowed it down to 3 and had a vote. I was very happy with the theme that we chose because it was the one I voted for, and I think it ended up turning out pretty good,” Junior Vice President Jake Malatestinic said.

Before the dance, students, parents, grandparents, and friends were invited to the Grand March at the school from 4-5:30 p.m. Spectators had the opportunity to watch and take pictures of prom attendees as they walked across the stage.

“The Grand March was a really cool experience. I was able to get some nice pictures, and I can’t wait to look back at them in the future to remember what prom was like,” Senior Yvein Pia said.

The hall opened at 5:30 p.m. and students were expected to leave at 10 p.m. Food was served for those who attended, and everyone had the opportunity to take as many free pictures at one of the two photo booths that they wanted.

“This being my senior prom, it was pretty enjoyable. I went with my best friends, who I’ve been close to ever since middle school. My friends and I made the best of it and enjoyed our last dance to the fullest. I will always remember that dance,” Senior Jed Burgos said.

Yellowstone’s beautiful scenery couldn’t keep Masteller away. Over the summer, she plans to go back to submerge herself in pure wilderness and witness the sights once again. After taking a trip in the backcountry of Yellowstone, she also hopes to travel to other national parks.

“My husband’s really into backcountry type hiking where you pack up your bag, take maybe one or two change of clothes. You’re just in the backcountry, you’re not going to be at the touristy spots. You might come across five people the whole entire time and you’ll be gone for days. He’s really into that, so it’s going to be my first one with him this summer. I’ve never done it before. I’m a little anxioxus, but it’ll be fun,” Masteller said.

The experience that Masteller had at Yellowstone was an unforgettable one.

“It’s just the most natural place I’ve ever been to. You don’t even feel like you’re a part of the United States anymore. You’re just in pure wilderness and the air feels fresher. Everything feels cleaner, neater, and more beautiful there,” Masteller said.

Claudia Alonso, Junior, is a foreign exchange student at Lake Central. Leaving Spain to study abroad for ten months was frightening for Alonso, but the ten month mark to head back home is approaching. The transition for Alonso was difficult at first, but as months passed, she adapted to the culture and life here in America.

“The first months were really hard for me and I wasn’t 100 percent comfortable until February. Winter was pretty hard for me because of the weather and I wasn’t with my family. I don’t regret coming here though. I would do it again and I think it was amazing,” Alonso said.

After Alonso moved into her new home, she became more independent and overcame challenges on her own.

“I was independent before, but I became way more because I didn’t have my family here, and when I was having a hard time, it wasn’t that easy to call them. If something bad happened, I had to learn how to solve the situation by myself,” Alonso said.

The memories that she made were unforgettable. Alonso was able to experience new things like school sports, and attending her first school dance. After living a part of her life in America, she will have to become accustomed to everything back in Spain all over again.

What's Coming Up at Lake Central?

As the year comes to an end, Lake Central students prepare for their upcoming finals, which start on May 24. To relieve the stress at the end of every semester, therapy dogs are brought into the school. Students get the fun opportunity to visit and pet the dogs during lunch.

“I visited the dogs during lunch because they radiate happiness and I needed some last semester. Being able to pet them definitely made me feel better because I couldn’t stop worrying about my finals,” Junior Kathrynn Vettas said.

The therapy dogs are expected to make an appearance again during finals week and students are looking forward to seeing them.

“I’m really glad that we get to see them when testing comes around and I’m super excited to see them again,” Vettas said.

The last day of finals will be on Thursday, May 31, which will also be the last day of school for Lake Central students. As the year comes to an end, students have been busy preparing for their upcoming tests.

“I got all of my finals packets last week and I’ve been slowly working on them because I don’t like the idea of stressing out to finish everything,” Sophomore Sarimarie Pama said.