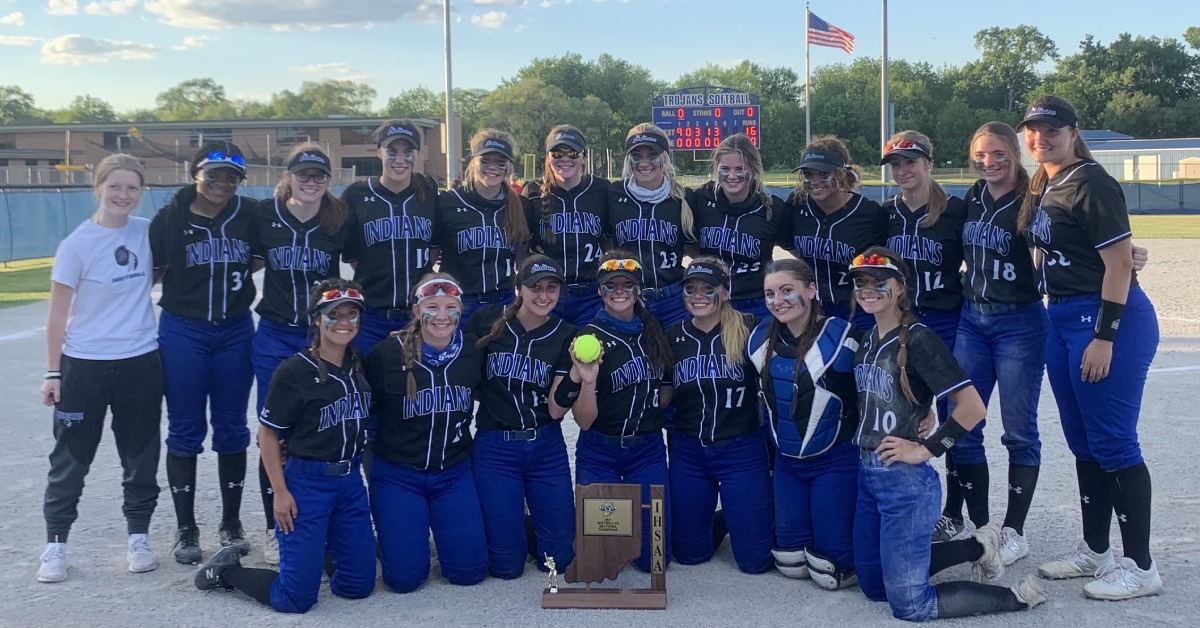 The Lake Central Indians faced off against the Munster Mustangs for the Softball Sectional Championship game on Wednesday night. The Indians started off the night strong, scoring nine runs in the top of the first inning. Neither team scored in the second inning, but three more runs were scored for the Indians in the third inning.

Due to the 10-run rule, which states that if a team is ahead by more than 10 runs, the game is over as early as the fifth inning, the Indians finished with a final score of 16-0 in the bottom of the fifth. Lake Central Head Coach Jeff Sherman commented on the team’s great success.

“It was awesome to win like that,” Sherman said. “The start was indicative of what we wanted to go for tonight. We talked before the game about getting a great start and getting on the board early, and the girls executed that.”

Sherman also gave a shout out to one specific player.

“I would have to say that Kiley Conner did the best tonight with the two home runs she had,” said Sherman. “She had great approaches to the plate; she just did a really nice job.”