Lake Central class cabinet put on a fundraiser the week of Mon. Jan. 23, to help raise money for Vincent Bossi, a freshman at Lake Central. Bossi, who is currently at the Mayo Clinic in Minnesota, was diagnosed with CVID, however, doctors at the Mayo Clinic have been hearing from doctors all over the nation about potentially finding a new diagnosis.

“A few weeks ago the Lake Central News Facebook page received a message from a friend of the Bossi family asking us to promote the family’s GoFundMe page. Since Olivia Oster and I have access to the LC social media accounts we were able to see it and get it out there for all our followers to start donating. We realized after a few days that may students did not have access to credit or debit cards so we decided to talk to administration about starting a cash and check fundraiser during lunches at school,” Stefan Krajisnik (12) said.

Throughout the week students sat and collected funds during lunches. The students ended up raising $700 at the end of the week. 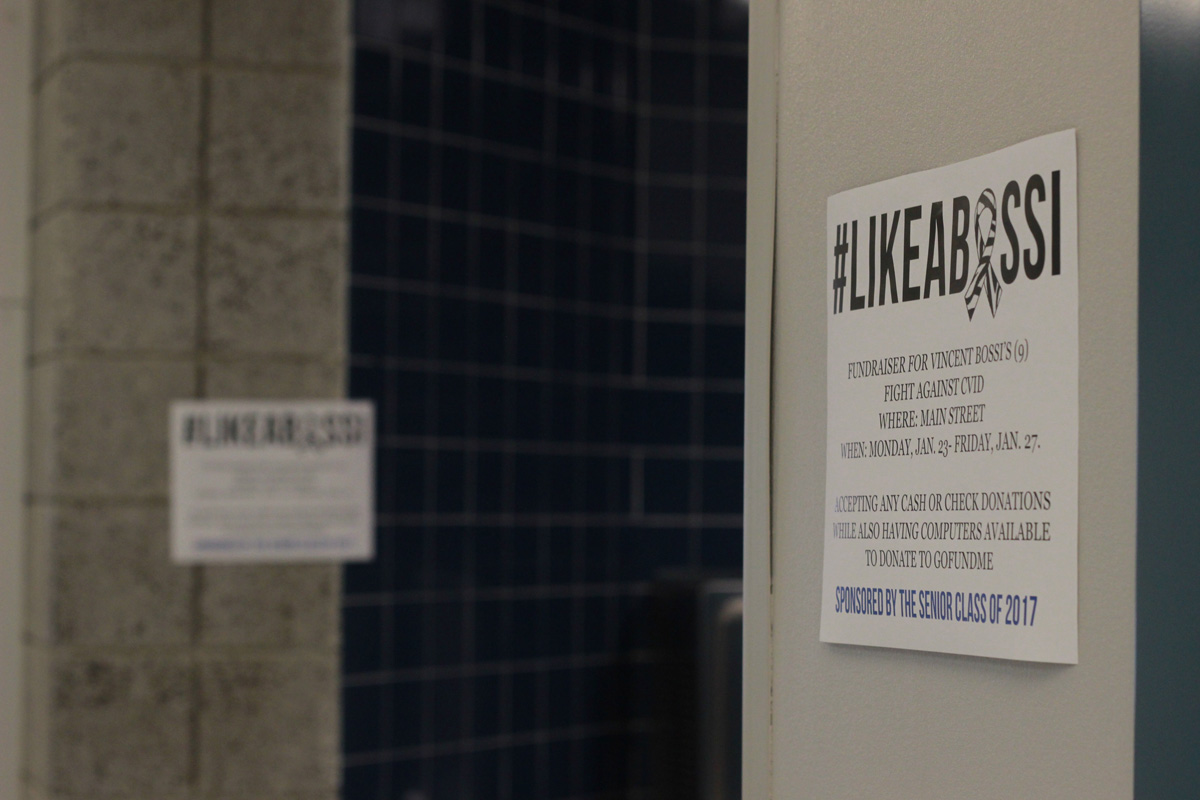 “Since Vincent’s brother, Anthony, is a senior here at LC I thought it would be fitting as class president to have the senior class cabinet sponsor the fundraiser. Our principal, Mr. [Sean] Begley, seemed totally on board with it, and once the school board approved it we went into it full force. Our goal was just to help the family out as much as we can. We never had a certain number in mind because we knew even the smallest amount could help. With so many students in our school we knew even small donations from each person could add up to a large number. Overall, I am extremely happy with how much we were able to raise,” Krajisnik said.

Even as a freshman, Vincent managed to touch hundreds of students’ hearts.

“I’ve never had the chance to meet Vincent but he is a part of the Lake Central family nonetheless, and we should be open to helping him out. Just because our in-school fundraiser is done doesn’t mean people should stop trying to help. Even something as simple as tweeting out a link to his GoFundMe can go a long way. Our efforts to help their family won’t stop until Vincent is healthy, back home and in the halls of LC,” Krajisnik said.