The Lake Central Indians carried their regular season dominance into the postseason on Thursday with a 9-0 shutout win over the Lowell Red Devils in Sectional Semi-Finals. Strong pitching and a powerful offense carried the Indians as they roll along.

Despite playing on their home field, Lake Central took to the diamond as the away team in sectional play. The Indians took the opportunity to pounce early, taking a 4-0 lead by the middle of the second inning. Aggressive play is key to the Indians playbook, according to Coach Jeff Sherman.

“We score early, put pressure on the other team, and make it feel like an uphill battle for them the entire night,” he said. “This group has done a really nice job all year. I really, really, liked the work we put in this week. We had great practices, got a lot of things done, I loved the effort and intensity from the girls the entire time, and here we are!” 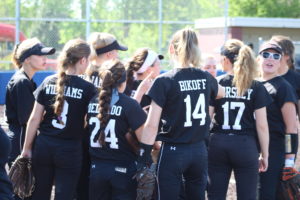 Lake Central was dominant all season long, dropping just three games, leaving some claiming them the top team in the state. That kind of talk puts a lot of pressure on the girls’ shoulders, but they never lost their focus according to their Pitcher Peyton Pepkowski, who threw 5 innings of 1 hit ball. 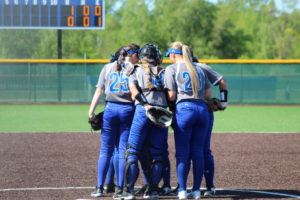 “We’re just focusing on winning and scoring every inning, just playing our game,” she said. “We’re not really looking ahead, it’s just about this game and winning every one that we can.” 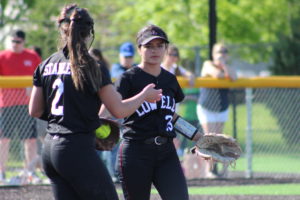 Her efforts on the mound were backed by a solid defense behind the circle. Even though the Red Devil hitters grinded at the plate, Pepkowski felt confident pitching to her strengths and came up big against Lowell’s strong squad. 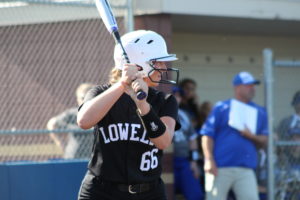 “It means a lot. We’re all coming out strong and are all really pumped for these games,” she said. “Having all that energy behind me really drives me to focus and be really good in the circle for my team.” 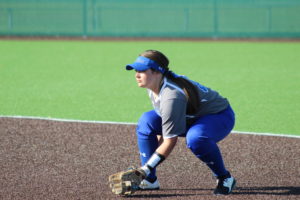 Red Devil’s coach Mike McLindon leads a very young team, with just two seniors on his roster. He helped the girls take the defeat in stride, looking at every out as a learning experience to come back even stronger next season.

“The hat goes off to Lake Central, they’re outstanding, they’re number one in the state for a reason,” McLindon said. “It’s just about getting better, putting the time in, and we’ll see what happens next year.”