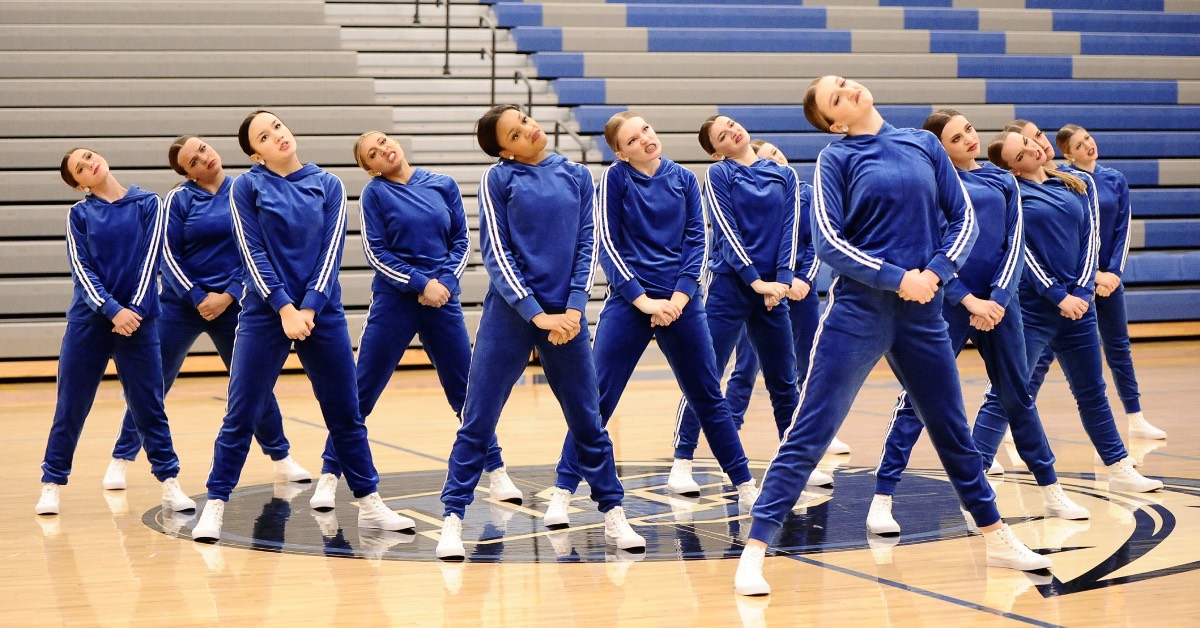 Lake Central High School was buzzing with high-flying energy this weekend as they opened their doors to host the Indiana High School Dance Team Association (IHSDTA) Championship Competition for the 2020-21 season.

Teams from more than a dozen schools travelled to Lake Central to compete for their chance to take the trophy and advance to state.

“The competition at our level is pretty intense, but all the teams are pretty supportive of each other,” Banas said. “We start our season each year in May, working on technique, skills, and strength and practicing anywhere from three to five days a week.”

Banas said that her team was grateful at the chance to compete given the uncertainties of the year.

“The girls are pretty excited to be here. There weretimes where we were unsure if we would even be able to compete. We even delayed the start of our season a little bit, but the girls picked-up and made every minute count.”

“We’re pretty confident. We’re pretty pleased with their performance and they’re looking forward to the next one,” Banas said.

Competitors were judged in a number of different areas, including composition, routine staging andvisual effect, degree of difficulty, uniformity, synchronization, spacing, execution, and more. When the dust settled and all the teams were given their time to shine, it was ultimately the home team of Lake Central who waltzed off with the prize, taking first place in not only Class AAA, but Class JV as well. Following Lake Central in the JV category were Munster with 77.73 points and Crown Point with 76.55 points.

Chloe Hoffman, head varsity coach for Crown Point,was proud of her team’s performance in the competition.

“We’ve been practicing since July. The girls are very excited and ready to be here and I think they’re just really looking forward to the next set here today.

“We didn’t even know if this would be possible,” said Hoffman. “We weren’t even sure if we would be able to have a dance season this year. They changed the event – set it up in blocks – which has really worked out nicely for everyone to be able to have a chance to come here and compete.”

“It’s a chance for everyone to come out and feel some sense of normalcy that we didn’t think we would be able to have this year and everyone here is just really thankful to be here, including me,” Hoffman said.

According to Banas, winners would ordinarily continue on to compete at nationals. However, due to an abundance of caution for COVID-19, the decision was made for the competition to finish this year at the state level.

“Some of the seniors are a bit disappointed at not having a chance to go on to the national competition, but we’re still just really super excited that the state competition is still going to happen,” Banas said. “The parents are doing so much to give these girls a great experience.”