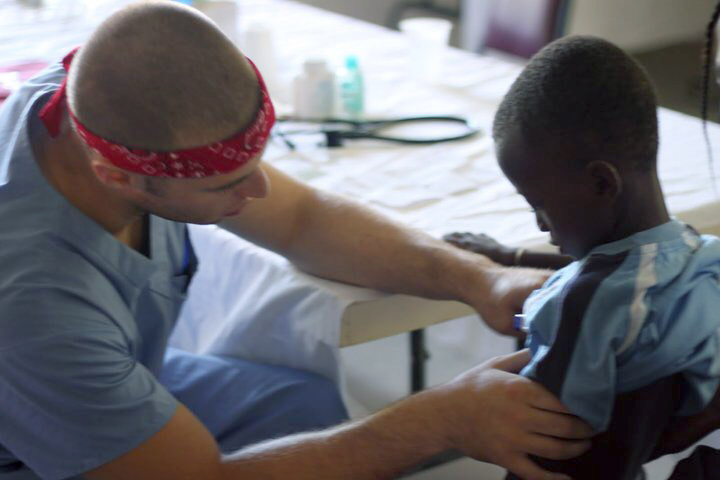 Lake Central High School alumni, and cousins, Aaron Buchler and Lucas Buchler were definitely on the “Pathways to Excellence” throughout their four years at Lake Central. With the struggles of tests, sports, and homework all piling up, it can be difficult yet rewarding to make it to the end of the year.

Aaron Buchler is a Sports Medicine Physical therapist at Lutheran General Hospital in Park Ridge Illinois, working with a variety of orthopedic injuries focusing primarily on athletes. He specializes in the treatment of baseball players, specifically in pitchers and the biomechanics of their throwing motion. Aaron graduated from Lake Central in 2004 with a wrestling and academic career behind him. After high school, he continued his wrestling career all four years of college. He attended Millikin University for his Bachelor of Science in Biology and Northwestern University for his doctorate in Physical Therapy.

“Lake Central provided me with an atmosphere that allowed me 4 years to find out who I was as a person, student, and athlete. I think the community should be proud of Lake Central and excited that the new facility will be providing memories to generations to come,” said Buchler.

Looking back on his four years at Lake Central, Aaron feels that being exposed to such a large and diverse student body helped develop social skills that were needed to be successful in both college and his career.

“I think parents should see Lake Central as an asset to their kids, knowing it can provide a great education and even better experience.” Buchler said.

Lucas Buchler is a fourth year orthopedic surgery resident at Northwestern Memorial Hospital in Chicago. Lucas graduated from Lake Central in 2005 leaving behind a strong academic and swim team career. Buchler attended DePauw University for his B.A in Sports Medicine and then continued his medical career at the Indiana University School of Medicine.

“Each time I have transitioned from one step to the next - high school to college to medical school to residency - I have felt proud, but mostly fortunate for the opportunities that I have been afforded,” said Lucas Buchler.

Lucas believes that high school is a very formative experience and his time at Lake Central allowed him to begin to develop his learning style and establish lifelong friendships. With his involvement with Lake Central Athletics, he was taught the importance of hard work and being a supportive teammate.

“Lake Central absolutely had a positive impact on me,” said Lucas, “I think that Lake Central provided me with a top notch educational and developmental experience and I could not have asked for more out of my high school. I felt prepared for college when I graduated from Lake Central and I am so lucky to have met some great friends with whom I am still close today. I was very lucky to work with great coaches and teachers throughout my time at Lake Central. Overall, I had an enjoyable experience that I will remember forever.”