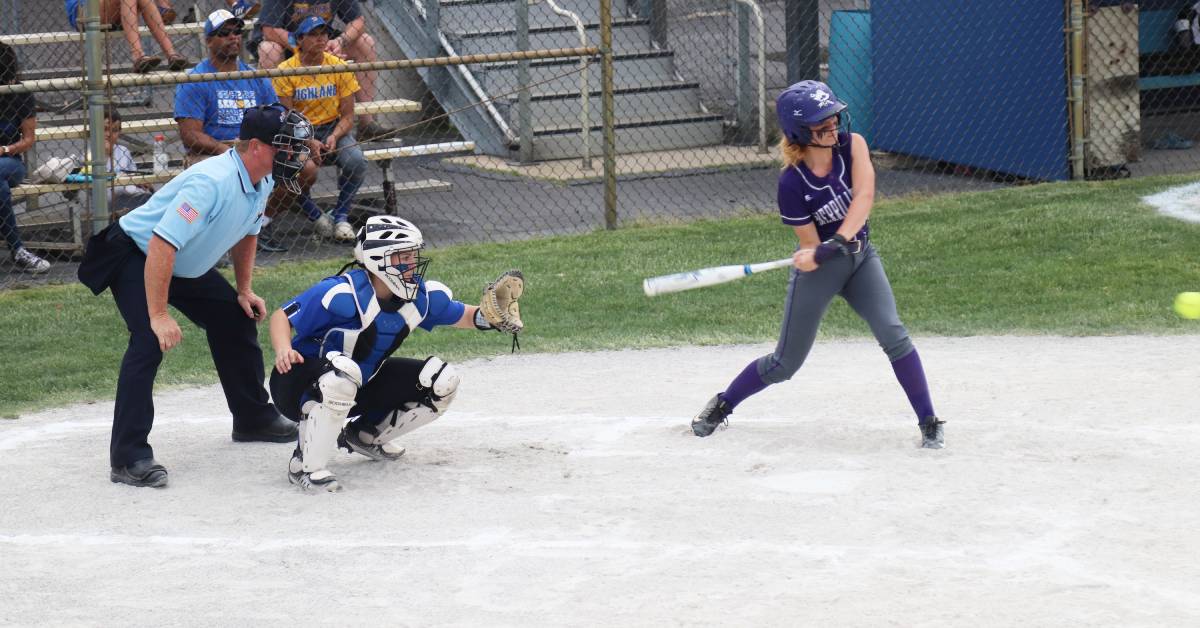 May 24th began the Girls Sectional Softball Tournament. Lake Central High School got a bye during the first round and had their first game of the tournament against Merrillville High School. Lake Central won 13-0.

The game only lasted five innings, with the last two innings having no runs from either team. In the first inning, Lake Central scored two runs, nine the second, and two in the third inning.

Throughout the game, Lake Central was strong both while fielding and up to bat.

“This game means a lot,” said Petyon Pepkowski, Senior at Lake Central High School, pitcher, and team captain, “It’s the first game of what should be a good run for us in our postseason. So coming out strong and winning a big game is something we needed to do. We need to come out with good energy, good up to bat, and good defense, so we felt pretty solid all around.”

During the first and third innings, Merrillville was strong on the field, only allowing two runs to be scored in each.

Tina Higgins and Amaria Hardaway are both juniors at Merrillville High School and are numbers 15 and 11 respectively.

“I’m sad this is our last game,” Hardaway said. “This is my last year doing softball. I’m going to miss it, I like the bond I’ve built with everyone.”

“The highlight is the team bonding,” Higgins said. “I’ve built a bond with everyone on the team, and it’s been a really nice team for the year.”

Merrillville High School coach Adam Fricke reflected on the team’s season and was not disheartened.

“What would we have to be sad about?” Fricke said with a smile.

While Merrillville was looking back, Lake Central’s team was looking ahead to the championship game on Wednesday.

“It was very exciting,” said Grace Renshen, number 19 and senior at Lake Central High School. “One game at a time to get to state and it was nice to start out that way,”

“It’s crazy. Last year at this time I didn’t even think we would have a season this year,” said Pepkowski. “I mean, it was such a big difference and I am so happy to be out here just laying everything on the line. Laying it all out these next few games is really important, and it’s what I’ve been thinking about all year.”

“The best part of the season has been how we mesh as a team and how we’re all very bonded and mesh together,” said Renshen. “No matter the wins or losses our bond has just been the best. We practice six days a week, so that’s a lot of time together.”

“Being team captain feels really good,” Pepkowski said. “I’ve been a part of this team so long and having this whole team behind me has been something I’ve looked forward to since my freshman year. Being a team leader has been really important to me and so has knowing that I have all of these people looking up to me and that I can be the best role model I can for them.”

Pepkowski, Renshen, and all of Lake Central High School’s softball team will play in the sectional championship game on Wednesday at 6 p.m. at Highland High School.