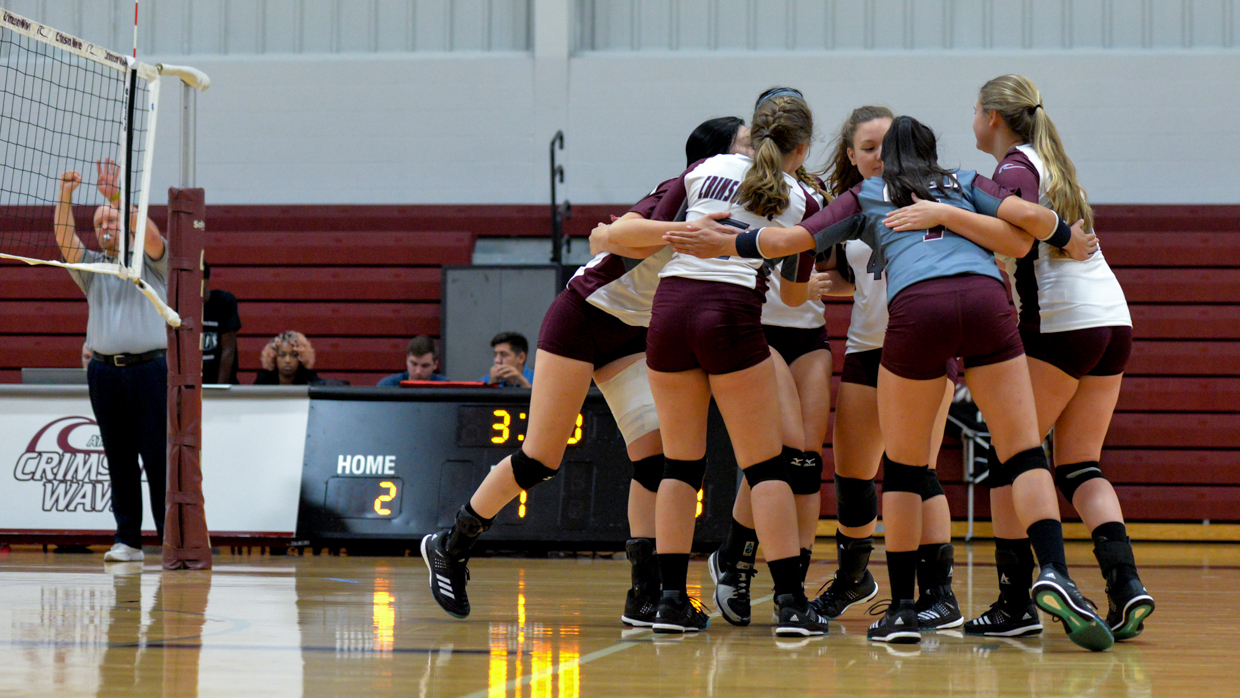 The Calumet College of St. Joseph women's volleyball team welcomed Moody Bible Institute to the Rittenmeyer Center once again this season, which would serve as the last game to lock things down before the CCAC Crossover this weekend. While there were bumps in the road, the Crimson Wave were still able to walk away with their third win of the season on Wednesday evening.

HOW IT HAPPENED
In the first set, CCSJ (3-13, 0-5 CCAC) were able to take advantage of Moody Bible's 14 errors on their way to a 25-19 victory. The Wave only committed four of their own, leading to a .179 hitting percentage. The Archers were only able to string two rallies of more than three points together throughout the opening frame, while the Wave were able to put things away with a 10-3 run in the middle of the set.

The second contest of the evening was a little tighter. The Lady Wave hit exactly .000, thanks to only six kills and six errors. The Archers led early on, but wouldn't keep it long. The Crimson and Gray wouldn't have any big pull away moments, but were able to easily close out the set thanks to four straight MBI errors. The Wave would take a 2-0 lead into the third with a 25-19 victory.

It would have been CCSJ's second straight set victory over the Archers this season if the wheels didn't fall off during the third set of the night. The Wave were down 17-5 thanks to several point streaked by Moody Bible, but they did their best to come back. They wouldn't just come back, the Crimson and Gray almost pulled out the set and match win. Down 22-9, the Wave rattled off the next 11 of 12 points scored, but it would be too little, too late. The Archer held on thanks to a Meghan Dunn service ace to win 25-21.

The fourth and final set of the night was almost a carbon copy of the second. Both teams battled back and forth, with the game being tied as late as 17-17. But eventually the 10 errors by the Archers took its toll. The Wave would go on a 6-1 run to seal their third win of the season 25-19.

The win matches the Wave's total from last season, and will have 14 attempts to improve on that mark.