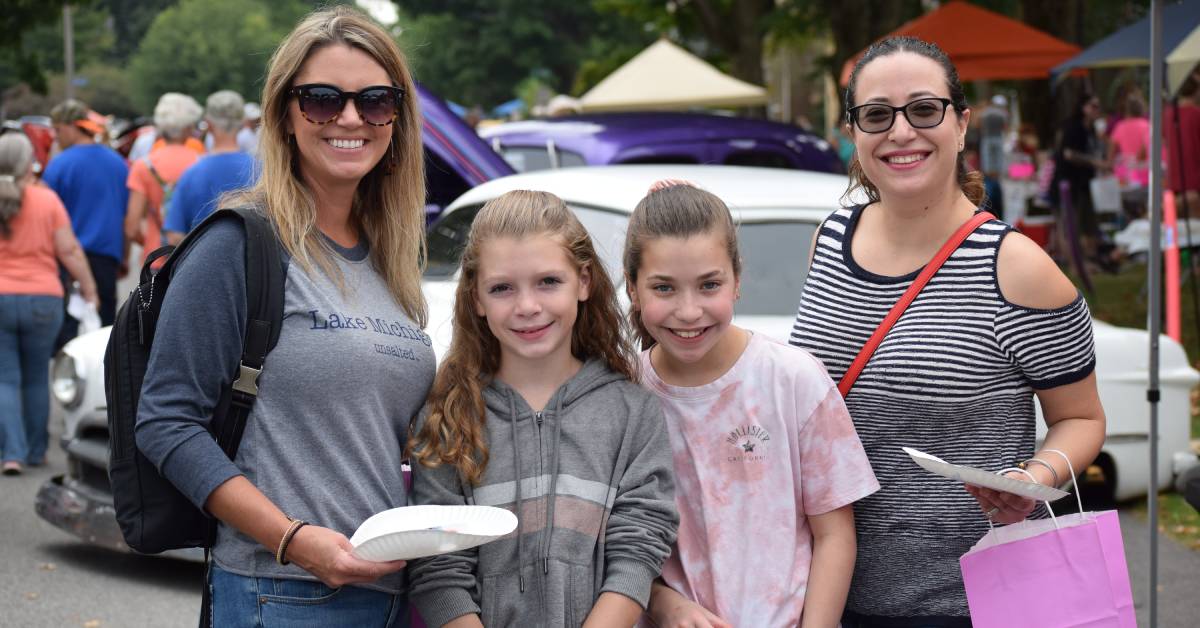 The La Porte Sunflower Fair has been the city’s epic kick-off to fall for the past 21 years. Starting out with closing just a few blocks on Michigan Avenue, the festival has grown to fill almost the entire length of the La Porte city street and surrounding side streets. The fair featured local food vendors plus another 123 booths filled by local artists and businesses, not to mention carnival rides and activities for the kids, a car show, and live music from local bands.

The La Porte Economic Advancement Partnership, known as LEAP, is the festival’s primary sponsor. Lindsay Jongkind, Marketing and Membership Director at LEAP, has only been involved with planning the Sunflower Fair for three years but loves every part of it.

“It’s grown a ton since it started, which is really cool, and it’s just an awesome community event where everyone can come out and support each other,” Jongkind said. “It’s a nice way to kick-off fall and bring everyone together. Our committee works really hard on it so it’s really cool to see it come together.”

“I was the director of the senior center and we had a little [festival] and I thought, why doesn’t the city have one?” Jones said. “It’s wonderful to be here and see how far the festival has come, and to see my grandkids enjoy it.”

At 92 years old, this is Jones’ last year of helping with the fair. She is excited for Liz Kaminski to take over for the years to come. LEAP and the City of La Porte are in full support of Kaminski and look forward to her leadership for the festival.

One of the best and most taste-full parts of the festival is the rib cookoff. Three-time participant and one-time winner of the cookoff, Scott Poe, has gotten almost his entire family involved in the cookoff, including his dad, brother, son, uncle, and cousin, to heat up the competition. Last year, his family took the top three places in the cookoff and are looking to outdo each other yet again.

“I originally started doing this just because I enjoy smoking ribs, but now my entire family decided to come do this,” Poe said. “We’re competing against each other and all the contestants so it’s a lot of fun and the winner gets complete bragging rights for the entire year.”

Attendee Megan Apple, who has been coming with her husband for the last nine years with Apple Sound Productions, brought along her friend Amber Galloway for her first time to the fair this year. Apple and her husband are also on the Sunflower Fair committee and bring along anyone they can to the end of summer bash.

“This is my first time here and it’s beautiful,” Galloway said. “It’s not super crowded and you can actually shop and see cool things. This is really nice.”

“Phyllis [Jones] is so awesome, she’s the embodiment of bringing the community together and she leads with such ease, she’s just a great lady,” Apple said. “It’s just great to be here and we look forward to it every year.”

For more information and upcoming events, check out www.laportepartnership.com.