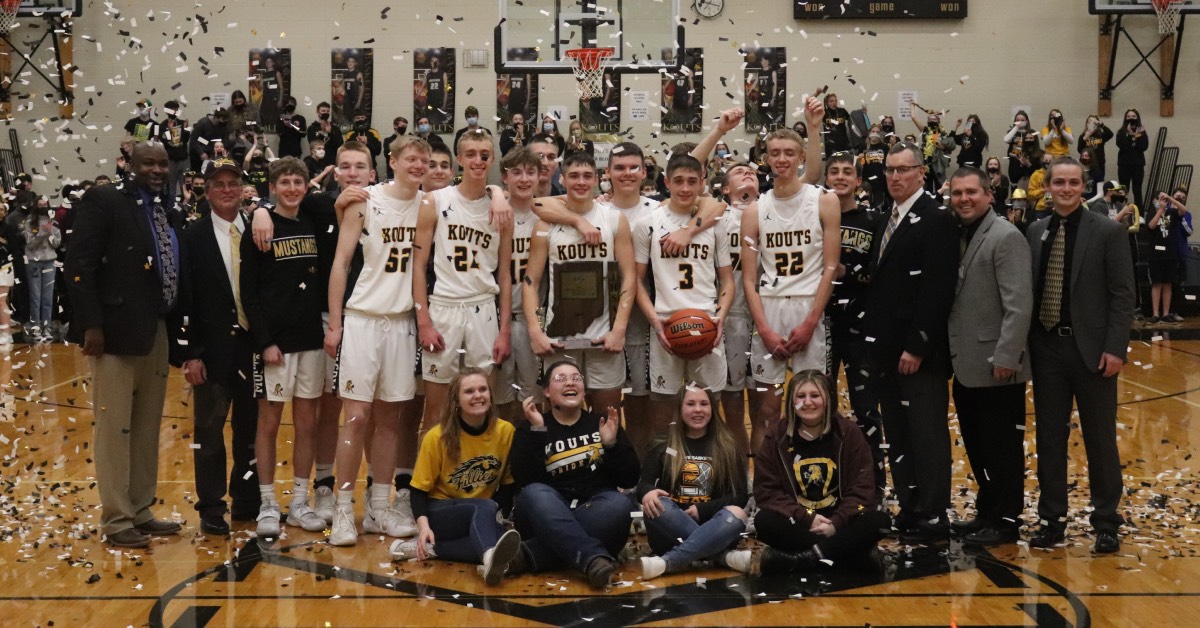 The second quarter began with a three pointer by #24 Hunter Kneifel. The Mustangs and Senators were both in the lead a few times throughout the quarter, but the Senators ended at halftime with a lead of 25-22.

At the beginning of the second half, the Mustangs came back fighting and had surpassed the Senators with only a minute and a half left in the quarter. The Mustangs continued to hold the lead, ending the third quarter with a score of 42-35.

To begin the final quarter, #1 Cole Wireman made two free throws for the Mustangs. The Mustangs continued to build their lead through the quarter and held strong, ending with the win thanks to a final score of 67-53. Head Coach Kevin Duzan commented on his joy over the championship win.

“I’m happy these kids got to enjoy the moment,” Duzan said. “They’ve worked a long time for it, and we were close two years in a row, just to see them get over that hump is great. It’s good to celebrate on our floor. It’s about them; it’s totally about them, and I couldn’t be prouder of that group of kids.”