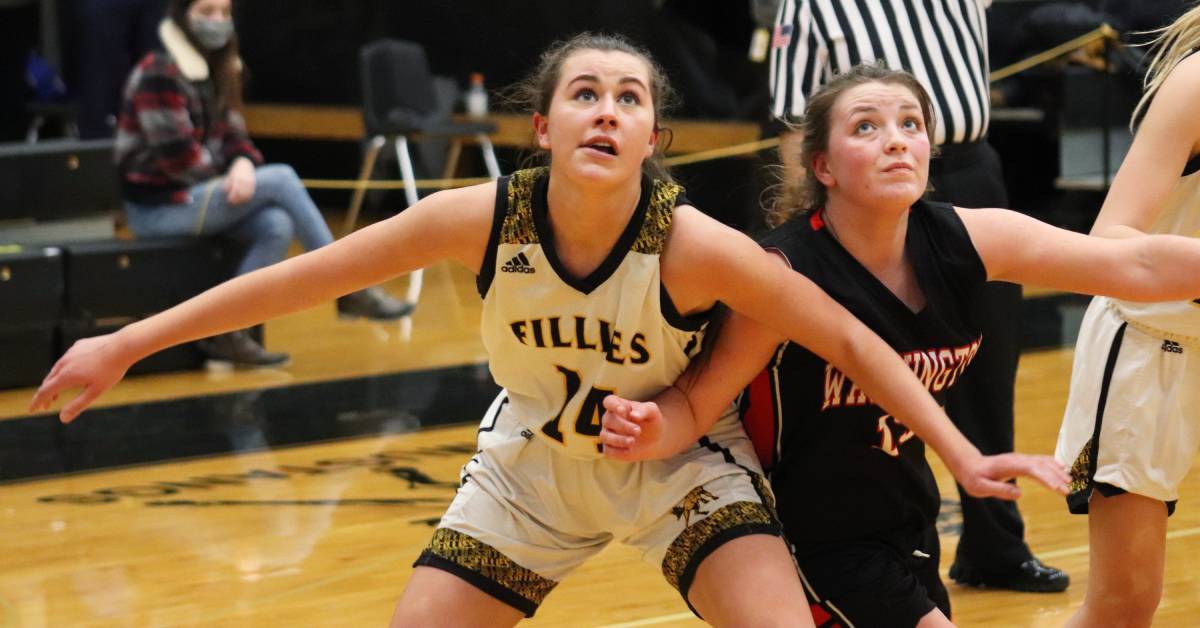 The Kouts Fillies faced off against the Washington Township Senators in Friday night's girls' basketball sectional game. The Fillies started off strong, taking the first possession from the tip-off. Kouts also got the first points of the game, allowing them to start building toward their win. In the first quarter, the teams went almost shot for shot, until Kouts broke out and ended the quarter in the lead with a score of 17-14.

The Senators started with the ball second quarter, but Kouts' #14 Lauryn Koedyker scored the first point of the quarter. The Fillies continued to build their lead and didn’t let the Senators score until five minutes into the game, when #15 Addie Graf made two free throws. The score at the half was 34-18.

Although Washington Township began to bounce back in the third quarter, Kouts still came out with the win. The final score was 55-39. Kouts' Head Coach Ron Kobza expressed his joy with the team’s win and described what he thought the team did best during the game.

“It’s always good to get a win, we’re excited about the opportunity to advance,” Kobza said. “I thought that the girls worked really hard, did a nice job of moving the ball, and their defense was also pretty good. I’m proud of them, they worked really hard.”

The Fillies will advance to the next round and play Saturday night against a yet to be determined team. The Senators, however, are done for the season.