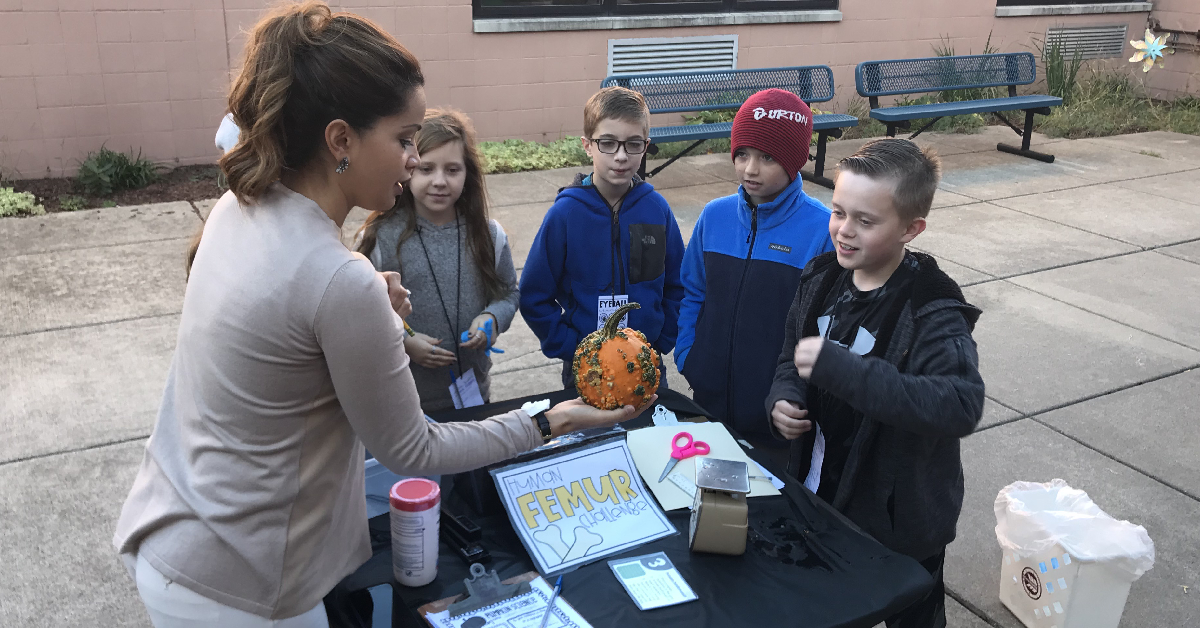 Mrs. Kristi Blankenship hosted Mystery Day in her classroom to make up for a rained out field trip. Her fourth-grade class was scheduled to go on a field trip to Indiana Dunes, but it got rained out. The solution to this problem was a classroom flip.

"I started the idea for Mystery Day as a back up because I was quite certain our class trip to the Dunes would get rained out. The more I searched for ideas, the more it developed. This concept of 'flipping' your classroom is something I have read about online, but never fully attempted with decorations and everything. I have always wanted to try. As this idea grew in my head, I realized I could make this a flip and really go all out."Mrs. Blankenship said.

"I teased the kids about it daily as I hung up sheets of Zombie Scab stickers and other little hints as to what we were doing. By the last day, our room was filled with caution tape, and they were so excited." Mrs. Blankenship said.

Students could not wait to go back to school the night before Mystery day.

"I had one mom tell that her child wanted to go to bed early so school would come sooner. Two of [the students] woke up super early today to get to school. They were excited all day. It was amazing," Mrs. Blankenship said.

There were six academic stations with mini lessons hidden inside. The stations included: brains, eyeballs, human femurs, worms, witch fingers, and witch nails. The stations had elements of writing, reading, math, science, social studies, and brain development within them.

"They had to dig to find their task cards and any additional components of their task. They had no clue how much they were learning." Mrs. Blankenship said.

The students were having a bunch of fun doing all of the stations and learning along the way.

"It was even more successful than I imagined. The students were excited, engaged and actually totally forgot they were learning. This was a lot of work to create a memory that I hope will always be a special memory of their final year in elementary school." Mrs. Blankenship said.