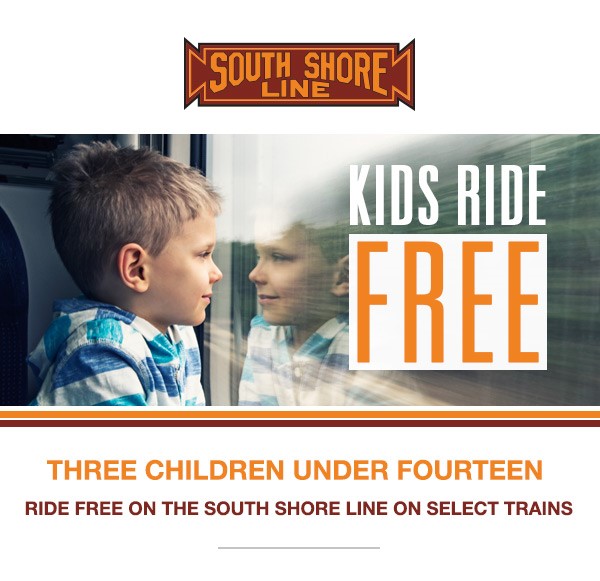 Earlier this year, the South Shore Line (SSL) expanded its Kids Ride Free program. This program expansion is part of the SSL’s ongoing effort to provide affordable and convenient transportation to and from South Bend, Northwest Indiana and Chicago.

Now, with the newly-expanded program, up to three children under the age of 14 may ride the train for free with each parent or guardian. Available year-round, this service is valid during ALL weekend/holiday trains and ALL off-peak weekday trains arriving at Millennium Station after 9:30am CST and departing from Millennium Station before 3:30pm and after 6:30pm CST.

For more information on train schedules, discounts and to plan a trip, please visit mysouthshoreline.com or download the SSL app (available for iPhone and Android).