By: Habitat for Humanity of Northwest Indiana Last Updated: March 24, 2014 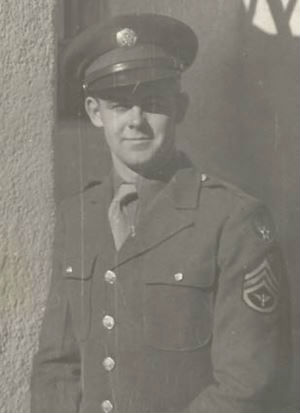 When Habitat for Humanity of Northwest Indiana announced its partnership with the NWI Veterans Action Council to build Lake County, Indiana’s first veteran Habitat home, they never expected it to reach the attention of Kentucky residents. David Jacobs is from a little town made up of only 1,200 people in Kentucky called Pippa Passes. He and his family were born and raised there.

“My brothers and sisters migrated to Indiana from Pippa Passes in 1960 after their tour of duty was over. The only work in Pippa Pass was in the coal mines. They read about the steel mills in Indiana and the promise of good jobs so they packed up and moved there,” says Jacobs, “They all did very well for themselves too.”

Both of Jacobs brothers-in-law fought in World War II. Julius Williamson was a German prisoner in a POW camp and he survived after being held captive for over a year. He was released by General Paton. “When he was first captured he weighed over 200 pounds. A year later when he was released he weighed only 98 pounds,” recollected Jacobs, “I don’t know how else to say this but the guards would throw them cheese with maggots in it to eat and they were happy to have it,” he added.

Jacobs other brother-in-law, who is a Hammond resident took a bullet right above his heart in World War II, he also survived. Other military relatives include 2 nephews who served in Vietnam. His Uncle Ortie Jacobs who also served, was killed in the line of duty at Normandy and buried in France.

Jacobs donated generously to the Veterans Build Initiative last week. He was alerted by his nephew, James Williamson of Crown Point, after reading an article about Habitat for Humanity of Northwest Indiana’s plan to build a home for a veteran in the fall of this year.

“I love my family and the freedom they fought for,” said Jacobs. “People don’t realize what they have.”