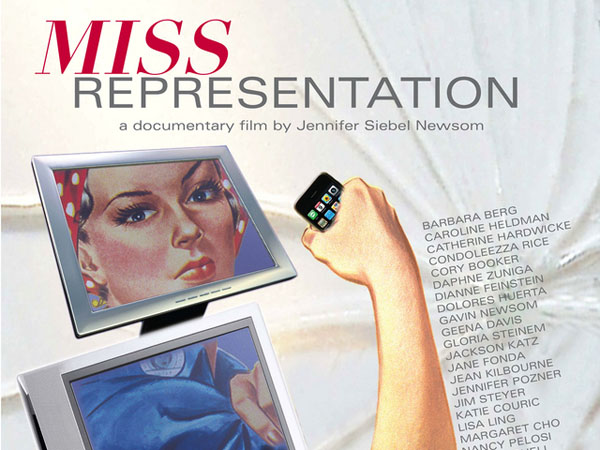 Kahler Middle School English teachers, Mrs. Laura Bloom-Johnson and Ms. Collette Herald, received a grant over the summer to teach ‘Miss Representation’ and ‘The Mask You Live In’ to their 7th grade students. ‘Miss Representation’ shows students the problems with women's portrayal in the media and ‘The Mask You Live In’ shows what media perceives to be harmful notions about masculinity in American culture.

“At the school I used to work at, the teachers started a book club and we had a documentary club. Miss Representation was one of the documentaries we watched and I fell in love with it,” Ms. Herald said. “It’s all about how the media portrays women and focuses a lot on our sexuality and the way we look and that encourages the male treatment of women as objects. I looked it up and I saw they had a curriculum. I knew I really wanted to teach it, but at that school I just wasn't able to, [and] then I came here. We had the grant set up [and] they had this whole set curriculum. [The] 7th grade does have a unit on ‘Looking at the Way TV Shapes us’ but it’s older and outdated. Our kids consume so much media, we just want them to understand who’s making that media [and] what is the goal of that media. Men control most of the media outlets so they see it through a male perspective. I think it’s good for [the boys] to see all the pressures females feel. There’s also the DVD called ‘The Mask You Live In’, [and] it talks about the mask boys have to wear and how we don’t allow them to feel any emotion and what in turn that is doing to them.”

The curriculum is made specifically for middle schoolers. While still keeping it age-appropriate, students are taught valuable lessons that most schools in the area do not teach.

“We’re not doing a high school curriculum with these kids, we’re not pushing boundaries and talking about things that are inappropriate,” Mrs. Bloom-Johnson said. “We are talking about things that are middle school appropriate and so we can approach things from that way, and it’s good because it’s not too mature. When you’re dealing with gender issues and sexuality, sometimes it can go there, which the curriculum doesn’t always go there, but it makes them start thinking in that direction in a more safe and sanitized way.”

“It’s intense which is good because I think school is a safe place to talk about gender and race and stuff like that,” Mrs. Herald added. “We can scratch the surface.”

The curriculum consists of clips from the documentary followed by activities and a discussion. Students often write reflections to think about what they learned that day.

“We have clips of the film, but they don’t watch the whole thing because it throws out the ‘f word.’ I keep telling our students like we’re not reading a book, this is our text[book]. It comes with supplementary activities [and] lessons that are pre-made for us, so we watch a clip and maybe do [some] writing,” Ms. Herald said.

The female students have enjoyed the Miss Representation unit, while the male students have showed mixed feelings. Mrs. Bloom-Johnson, however, expected these reactions and has learned to respond to both in a positive way.

“I have them do a lot of writing with it and the girls are appreciative. I teach the Advanced kids and I have a lot of women leaders. My hope in teaching this is that they will step up and get involved in politics and media and be women leaders and voices, so that we can even out the statistics and have more women representing us. When you look at the fact that we’re not even represented in our Congress, it will make you feel unrepresented in many ways. Our boys have to understand too that we’re not just pretty things, that we have brains in our heads and we can lead. [Ms.] Colette [Herald] had some criers, she’s had some kids show visible emotion. I have some boys that are awesome and like ‘oh my gosh, who are these kids parents, they're so well adjusted and so good.’ Other boys, [who] are more into sports and stuff, are having more trouble because you can see they’re raised with the ‘man-up’ mentality. Sometimes they’ll write things that are inappropriate and sometimes it’s hard for me to respond in a good way because I want to lash out and be like ‘you need to change your thinking,’ and ‘you need to be more progressive,’ but that’s not going to help. I can’t be this enraged female coming at these young men, so I try to put questions like ‘how would you think you’re mom would feel about your response?’” Mrs. Bloom-Johnson said.

‘The Mask You Live In’ ties in with ‘Miss Representation’. It teaches students how not allowing males to show emotions in turn ends up affecting the females as well.

“When men show ‘feminine’ qualities, when they’re soft, they are told to ‘man-up’ and to knock that off. It does a disservice because men have feelings just like females do. Boys have their strongest friendships in middle school because they’re still open to feelings at that point. [However,] many young boys don’t know what to do with them because they’re told not to show them. They say that's why men get into a lot of mental health problems,” Mrs. Bloom-Johnson said.

“They can show anger and that’s kind of the only emotion they’re allowed to show. If the worst thing you can be called is a girl, what is that teaching us?” Ms. Herald said. “I don’t think it’s really surprising when men are abusive to women when a girl is the worst thing you can be. It’s making them think in a way that we don't push them to do. We have to think about stereotypes and why we are the way we are and who’s shaping that. I think’s it good critical thinking skills.”

Currently, this unit is being taught to only the seventh graders, but both teachers hope to get the chance to expose the eighth graders to this curriculum as well.

“Hopefully when we show our kids how to understand media in a cerebral way, not only can they decipher the message that they're receiving, but hopefully go forth and be leaders.

We’re going to try to work it in [with the eighth graders] because they didn’t have it. We’re going to try to catch them up in the spring when we have a little lag time, to do it right before they leave us so they get the message too that women can be leaders and men can be sensitive and if we all show a little empathy, the world will be a greater place,” Mrs. Bloom-Johnson said.